Mulayam Singh Yadav Through The Years: Taking A Look At The Veteran's Political Journey

Taking a Look at Yadav's Most Iconic Moments Throughout The Years 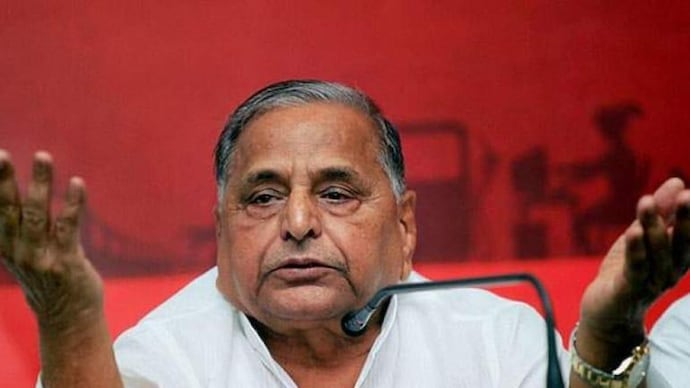 The Samajwadi Party (SP) founding leader, former Defence Minister, and three-time chief minister of Uttar Pradesh, the 82-year-old Mulayam Singh Yadav passed away on Monday. Let's revisit his contribution and some of the most iconic moments of his Political Career

Before entering politics, Mulayam used to fight wrestling. He often used to leave his school examinations, and went to go to fight wrestling. The officer, who was showing arrogance in the Kavi Sammelan, was slammed on the stage itself by him. He then became a big amphitheater of politics, chided the opponents. Political and personal life was never easy for him, but he kept fighting. Even when death came to the fore while he fought, he did two hands with it. This was Mulayam Singh Yadav, not only socialists, but the one who became the Netaji of the whole country.

26 June 1960: Jain Inter College of Karhal, Mainpuri. Kavi Sammelan was going on in the campus. The famous poet of that time, Damodar Swaroop rebel was also present here. He reached the stage and started reading his poem 'Delhi Ki Gaddi Savdhaan'. The poem was against the government. That's why the UP Police Inspector posted there went to the stage and stopped him from reading the poem. If he did not agree, his mic was snatched away.

The inspector scolded the poet and said that you cannot read poetry against the government. While there was a debate on the stage, the 21-year-old wrestler sitting among the audience reached the stage running. In 10 seconds, the young man picked up the inspector and slammed him on the stage. This young man was none other than Mulayam Singh Yadav.

Date 4 March 1984: Netaji had rallies in Etawah and Mainpuri. After the rally, he went to Mainpuri to meet a friend. After meeting the friend, he had walked only 1 kilometer when his car started firing. The shooters Chhotelal and Netrapal jumped in front of Netaji's car.

Firing continued between Chhotelal, Netrapal and the policemen for about half an hour. Chhotelal used to walk with Netaji, so he knew where he was sitting in the car. This is the reason that both of them fired 9 bullets on the part of the car where Netaji used to sit. But the continuous firing diverted the driver's attention and his car disassembled and fell into a dry drain. Netaji immediately understood that there was a conspiracy to kill him. He immediately made a plan to save everyone's life.

In 1989, Mulayam Singh Yadav from Lok Dal became the Chief Minister of Uttar Pradesh. By the beginning of the 90s, the battle of Mandal-Kamandal started across the country. In such a situation, in 1990, activists of Vishwa Hindu Parishad and Bajrang Dal performed karseva for the demolition of Babri Masjid in Ayodhya.

30 October 1990: the crowd of kar sevaks became uncontrollable. The kar sevaks were moving towards the mosque by breaking the police barricading. Taking a tough decision, Mulayam Singh Yadav ordered the administration to shoot.

In 1956, Ram Manohar Lohia and Babasaheb Bhimrao Ambedkar were planning to come together under the agreement. However, in the meantime, Ambedkar died and Lohia's planning of the Dalit-Backward joint did not succeed. After the demolition of Babri in 1992, Mulayam started working towards implementing this plan of Lohia.