Mayawati furious over the news of Owaisi's tie-up with BSP

Claiming the news to be untrue, she further announced in a series of tweets that her party will contest elections alone in UP and Uttarakhand. 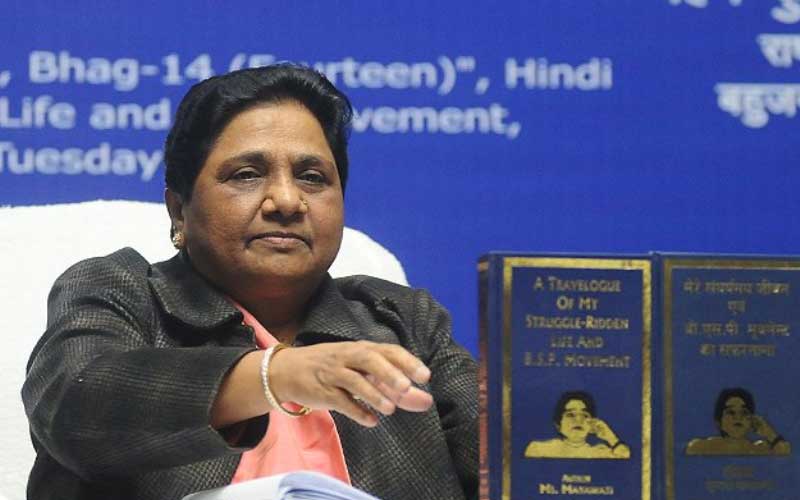 Mayawati, the leader of the Bahujan Samaj Party (BSP), is enraged by the news of the BSP's partnership with Asaduddin Owaisi's All India Majlis-e-Ittehadul Muslimeen (AIMIM). She made it obvious on Sunday (June 27, 2021) that there is no truth in this affair. Her party would run alone in the next assembly elections in Uttar Pradesh and Uttarakhand.

“Since yesterday, a news channel has been propagating the story that the AIMIM and the BSP will contest the next assembly general elections in Uttar Pradesh together. This information is utterly untrue, deceptive, and devoid of facts. There isn't a shred of truth in this, and BSP flatly rejects it.”

“By the way, in this regard, it is again clarified by the party that, except Punjab, in UP and Uttarakhand, this general election to the assembly to be held at the beginning of next year, BSP will not fight any alliance with any party, that is, it will fight alone.”

“Keeping this kind of concocted and confusing news about BSP in mind, now Shri Satish Chandra Mishra, National General Secretary of BSP and Rajya Sabha MP, has been made the National Coordinator of BSP Media Cell.”

“At the same time, it is also an appeal to the media that before writing, showing and publishing any such misleading false news regarding Bahujan Samaj Party and National President of the party, etc., Shri S.C. Make sure to get the right information in that regard from Mishra,” Mayawati said in series of tweets

Last year, the BSP ran in Bihar in an alliance with the Rashtriya Lok Samta Party and AIMIM, which included Om Prakash Rajbhar's Suheldev Bharatiya Samaj Party (SUBHSP). SubhaSP and AIMIM have allied under the banner of Bhagidari Sankalp Morcha to campaign against the ruling Bharatiya Janata Party in the Uttar Pradesh assembly elections scheduled for early next year. The leader of the SUBHSP recently stated that he was attempting to unite all opposition parties on a single platform to prevent the BJP from gaining power.

After a 25-year separation, the BSP and the SAD have reunited. The BSP will contest eight of the 20 seats in Doaba or Jalandhar, Hoshiarpur, Nawanshahr, and Kapurthala districts, which have 23 assembly seats, as part of its alliance with the SAD.

She previously stated that only the most qualified leaders are invited to join the BSP. "It is well known that the BSP's local-level leaders have been consistently ensuring that only the correct people from other parties, including the SP, join after investigation," she said.

After the expulsion of state legislature party leader Lalji Verma and previous state party president Ramachal Rajbhar for anti-party conduct, the BSP has been in a crisis months before the polls.