Masses gathered at the funeral of a 12th class girl, died in a school in Tamil Nadu

The girl's father along with his 17-year-old son, other family members and villagers were present during the last rites. The girl's father has sought justice in the case of his daughter's death. 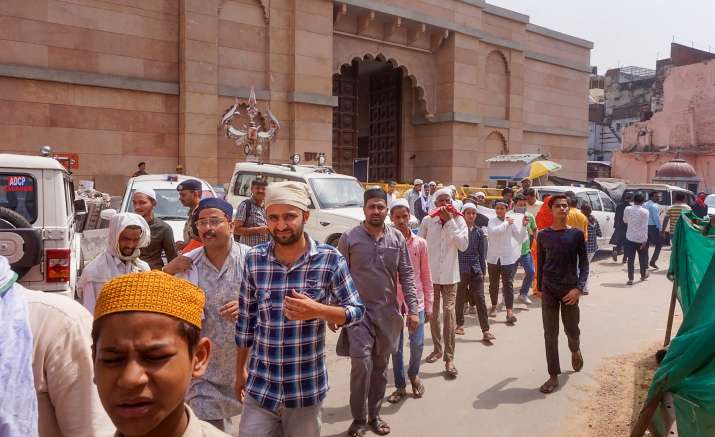 Thousands of people from Perianasallur village in Cuddalore district of Tamil Nadu on Saturday attended the last rites of a Class 12 girl student whose body was found in the hostel premises of the school in Kallakurichi on July 13. The girl's father along with his 17-year-old son, other family members and villagers were present during the last rites. The girl's father has sought justice in the case of his daughter's death.

Earlier, the girl's body was brought through an ambulance from Kallakurichi Government Hospital. Earlier, the body was kept in the hospital for 10 days. The girl's mother signed the documents to get the body for the last rites.

On Friday, the Madras High Court had questioned the delay in accepting the body and directed the girl's parents to collect the body on Saturday morning, after which they agreed. An ambulance carrying the girl's body and a police protection vehicle collided with a container-lorry on Tiruchirappalli bypass road, about 10 km from Veppur, though no casualties were reported.

#WATCH | Tamil Nadu: Family of class XII, Kallakurichi girl and locals bereave her loss as her body reaches her native village in Cuddalore district for last rites days after she passed away pic.twitter.com/5yNb2LuIVw