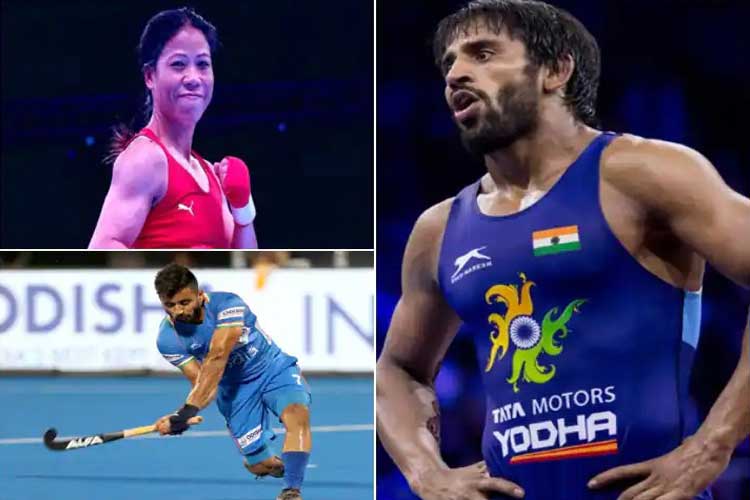 While Bajrang Punia, the Asian Games gold medalist wrestler, will be the flag bearer for the closing ceremony.

IOA President Narinder Batra in an official letter confirmed, "The flagbearers for the Indian contingent of Tokyo 2020 for the opening ceremony on July 23rd are Mary Kom and Manpreet Singh."

Batra further added, "The flagbearer for the Indian contingent at the closing ceremony on August 8 will be Bajrang Punia."

Mary Kom qualified for the Tokyo Olympics in March of last year in the Asian qualifiers, she is a six-time world boxing champion. The 38-year-old has stated that Tokyo 2020 will be her final Olympic appearance.

Manpreet will compete at the Olympics for the third time. He became the Indian team's captain back in 2017 and has since led them to victories in the 2017 Asia Cup, 2018 Asian Champions Trophy and also the 2019 FIH Series Final. The team has also advanced to the 2018 World Cup quarterfinals.

Bajrang on the other hand brought home bronze in both the 2018 and 2019 World Championships, the latter of which enabled him to qualify for the Olympics. In addition to two Asian Championship gold medals, the 27-year-old also won gold in the 2018 Asian Games. Bajrang has a strong chance for an individual gold medal for India in Tokyo.

The Tokyo Olympics will be place from July 23rd until August 8th. Due to the Covid-19 outbreak, the Games were rescheduled from their original dates of July 24th to August 9th, 2020.