73 years ago, on this day, Nathuram Godse had assassinated Mahatma Gandhi in the Birla House compound in New Delhi. 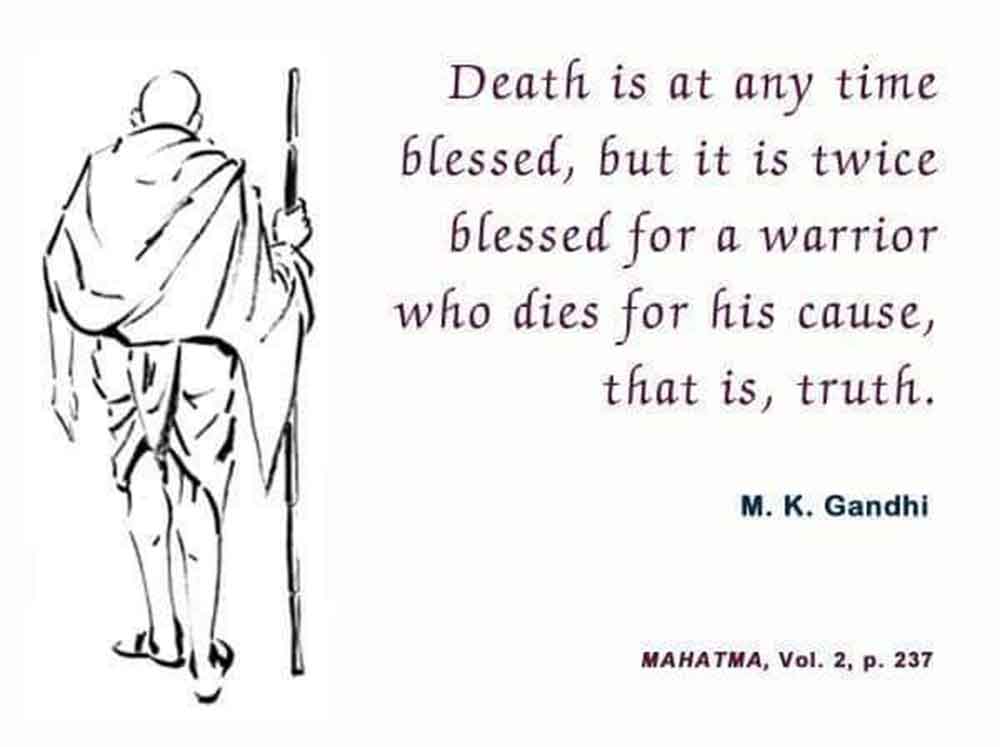 On January 30, India pays tribute to one of its greatest leaders Mahatma Gandhi on his death anniversary.

73 years ago, on this day, Nathuram Godse had assassinated Mahatma Gandhi in the Birla House compound in New Delhi.

This day is also observed as Martyrs’ Day in the country.

Politicians, lawmakers, sports stars, film stars, and people from various walks of life have expressed their thoughts and feelings for Bapu’s supreme sacrifice for the nation.

Prime Minister Narendra Modi said, “Tributes to the great Bapu on his Punya Tithi. His ideals continue to motivate millions.”

“On Martyrs’ Day we recall the heroic sacrifices of all those great women and men who devoted themselves towards India’s freedom and the well-being of every Indian,” PM Modi said.

He said, “On behalf of a grateful nation, my humble tributes to the Father of the Nation, Mahatma Gandhi who embraced martyrdom this day.”

“We should adhere to his ideals of peace, non-violence, simplicity, purity of means, and humility.

Let us resolve to follow his path of truth and love,” President Kovind added.

Congress leader Rahul Gandhi posted an old video of his father late Rajiv Gandhi who is sitting with the then President Ramaswamy Venkataraman in a live event in which Bapu’s favourite Bhajan, Vaishnav jan to tene kahiye, is being sung.

While paying his tribute, Rahul Gandhi also wrote a quote from Bapu’s speeches and writings which reads, “Truth stands, even if there be no public support. It is self-sustained.”

Besides many other leaders such as Home Minister Amit Shah, Chief Minister of Madhya Pradesh Shivraj Singh Chouhan, Aam Aadmi Party leader Arvind Kejriwal, and Manish Sisodia many others have paid their tributes to Bapu.