India's factory activities expanded rapidly in October and firms employed large numbers of people. This caused jobs to hit a 33-month high. The Manufacturing Purchasing Managers' Index, compiled by S&P Global, rose from 55.1 in September to 55.3 in October. 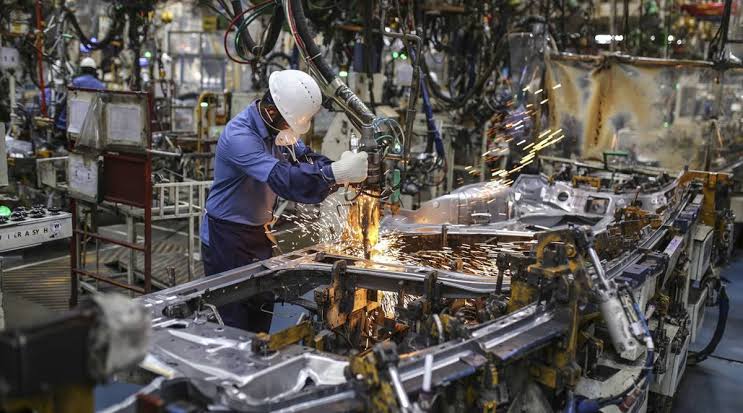 India's manufacturing activities picked up in October. With the increase in India's factory activity, the scope of employment generation also increased. With the increase in foreign demand since May, India's industrial development is also increasing rapidly. The Manufacturing Purchasing Managers (PMI) index, released by S&P Global, rose to 55.3 in October from 55.1 in September.

India's factory activities expanded rapidly in October and firms employed large numbers of people. This caused jobs to hit a 33-month high. The Manufacturing Purchasing Managers' Index, compiled by S&P Global, rose from 55.1 in September to 55.3 in October. This reading is better than a Reuters estimate of 54.9. This is the 16th month that India's factory activity readings have been above 50. This shows that the infrastructure development situation in the country remains good.

Polyana de Lima, associate director at S&P Global Market Intelligence, said the Indian manufacturing industry again showed resilience in October, with strong growth in factory orders and production. Unlike other economies, India has shown resilience despite persistent high inflation and weakening of the rupee against the US dollar since the beginning of this year. The continuous rise in the Sensex, the index of the Indian stock market, reflects the strength of the emerging Indian market.

Indian firms managed to achieve 'extra pace' in October, the survey said. Indian manufacturers seem confident of increasing production volumes by October 2023. They expect the demand buoyancy to continue in the coming months. There has been a significant increase in input purchases in the recent past. Firms have increased their inventory to better sync with the purchases of the customers. Capacity has been expanded again to improve sales.