Manish Sisodia further said that the way Kanchan Jariwal's nomination has been canceled is clearly not only misuse of police machinery but also against the spirit of free and fair elections. 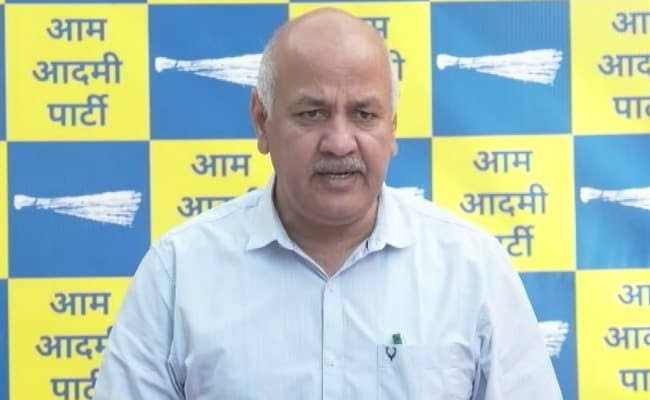 Aam Aadmi Party and Bharatiya Janata Party (BJP) are seen face to face before voting in Gujarat Assembly Election 2022. Aam Aadmi Party leader and Deputy Chief Minister of Delhi Manish Sisodia has nominated party candidate Kanchan Jariwal from Surat East. Has written a letter to the Central Election Commission regarding the withdrawal of He has complained about BJP in his letter. Sisodia has told the Election Commission that the BJP first tried to cancel the nomination of Kanchan Jariwala, the Aam Aadmi Party candidate from Surat East seat in Gujarat. And when she could not cancel the nomination, she threatened Kanchan Jariwala and her family. Now, in this matter, the BJP along with the police brought Kanchan to the nomination center and got her nomination cancelled.

Manish Sisodia further said that the way Kanchan Jariwal's nomination has been canceled is clearly not only misuse of police machinery but also against the spirit of free and fair elections. He requested the Election Commission (Assembly Election 2022) to take cognizance of the matter and order an inquiry. This matter should also be investigated because Kanchan Jariwal has withdrawn her nomination due to fear and intimidation.

Delhi's Deputy Chief Minister and Aam Aadmi Party leader Manish Sisodia accused the BJP of kidnapping Kanchan Jariwala. While meeting him, Manish Sisodia said, 'Just now 500 policemen surrounded him and brought him to RO's office. He is being forced to withdraw his nomination. He has been made to sit in the RO's office and pressure is being created under police protection to withdraw his nomination. I want to tell the Election Commission that democracy is being looted in broad daylight.

Making serious allegations against the BJP, Manish Sisodia had earlier said that the BJP is losing the elections badly in Gujarat and it is disheartened by the defeat. BJP has kidnapped Aam Aadmi Party's Surat East candidate Kanchan Jariwala. Kanchan and her family are missing since yesterday. Yesterday he went to the office to get his nomination papers scrutinised. As soon as he came out after getting the scrutiny done, BJP goons took him away from there. Since then there is no trace of him. it's too dangerous. The Election Commission is known for conducting fair elections. In such a situation, the candidate has been kidnapped, so where is the fairness left. Democracy has been kidnapped by BJP, not AAP candidate.