As the Delhi government has decides that Students should not be asked to sit for Class 12 Board exams without being vaccinated, Deputy CM Manish Sisodia requests Education Minister Ramesh Pokhriyal Nishank to reconsider the decision in the wake of new deadlier strain B.1.617. 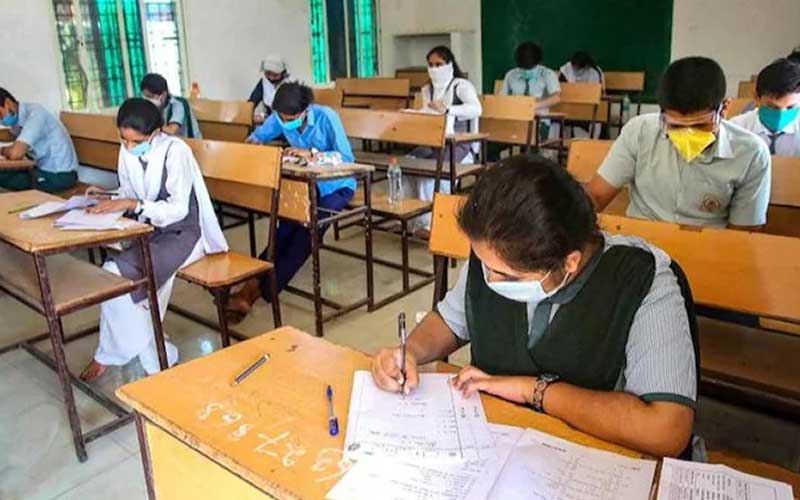 writing exams in stress with masks on, also causes stress while the students are inhaling and exhaling only CO2, are bound to fall ill

As the Delhi government has decided that Students should not be asked to sit for Class 12 Board exams without being vaccinated, Delhi Deputy Chief Minister Manish Sisodia has written to Education Minister Ramesh Pokhriyal Nishank, underlining that a new deadlier strain of the coronavirus - B.1.617 - is sweeping through the country and forcing students to write exams will be "insensitive and also dangerous".

"We believe that no child should be called in to write exams without being vaccinated. After vaccination, of the two options, the exams should be conducted using option "B" advanced by the Education Ministry and the Government of India," said Manish Sisodia, who also doubles up as Delhi Education Minister.

The Central Board of Secondary Education suggested the option and a "flexible approach" for the exams, which were postponed in view of the second wave of Covid infection.

The Ministry had asked the states to send their feedback by today. It further said the centre will examine the suggestions and inform students in this regard before June

Manish Sisodia said in statement, "I say it with great humbleness that the two options presented before us by the Education Ministry, Government of India are not an answer to the challenge we have at our hands. Both options not only put children in the harm's way but also ignore their mental state.

Under the second option, 90-minute exams -- instead of the usual three-hour version -- will be held in 19 major subjects. The students have to appear in one language and three elective subjects only. Based on their performance in these subjects, the result of fifth and the sixth subjects, as the case may be, will be assessed. The exams will be held at designated and limited number of exam centres.

As the government also saying that many students and teachers will be appearing for the examination it is dangerous for them because they can be infected by corona. So the Delhi Government has decided that they will take exam when students and teachers are vaccinated . so its safety for the students as well for parents and for teacher.

it is hoped that the government will agree with this statement of Government .