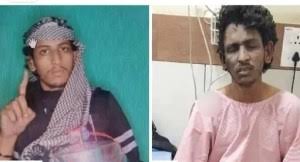 Union Minister of State for Agriculture and Farmers Welfare Shobha Karandlaje said on Friday that the Mangaluru blast accused had taken 'training from the Islamic State'. After this he had given training to more than 40 people. Describing the information available about the blast accused Mohd Shariq (24) as appalling, he said that the accused was out on bail in the case of putting up anti-India posters because there was no thorough investigation. Posters with slogans praising terrorist groups appeared on some public walls. Shariq was arrested in connection with this case and was later released on bail.

Karandlaje told reporters here, “ Sharik had given ISIS training to more than 40 people. It has also come to the fore that he himself had taken ISIS training.” It is noteworthy that on November 19, an autorickshaw exploded in Mangaluru, which the police termed as a terrorist act after investigation. The state government had handed over the case to the National Investigation Agency (NIA) for further investigation.

The Union minister said that 40-year-old accused Mohd. Shariq had given ISIS training to more than 40 people. It has also come to the fore that he himself had taken ISIS training. In fact, on November 19, there was a blast in an autorickshaw in Mangaluru. The blast was termed as a terrorist act by the police after investigation. The state government had demanded an NIA probe for further investigation. The case has been handed over to the NIA.