Mamta supreme in West Bengal: State government's decision , CM will be the chancellor

There are 36 universities operating under the state government in West Bengal while there are 12 private universities. 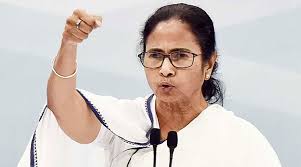 In all the state universities of West Bengal, now the Chief Minister of the state will be the Chancellor (Chancellor) and not the Governor. The government will soon introduce a bill to implement it. State Higher Education Minister Bratya Basu gave this information on Thursday. He also said that the state cabinet has approved the proposal.