Mamta Banerjee reaches Delhi on a four-day visit, will meet PM and President .

Mamata Banerjee has come to Delhi on a four-day visit. She will participate in the meeting of NITI Aayog on August 7. 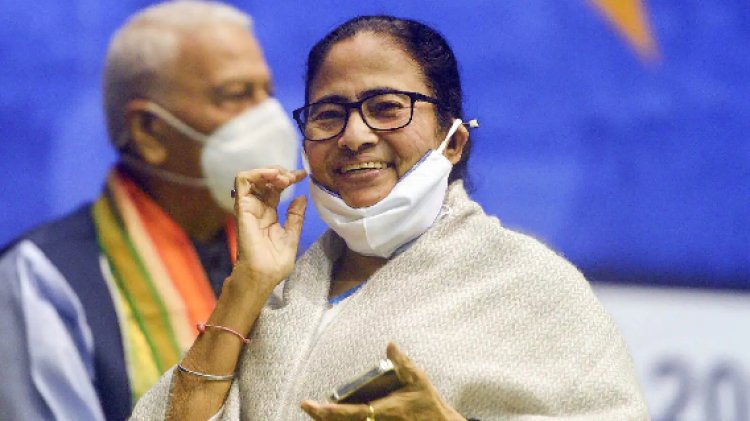 Trinamool Congress chief and West Bengal Chief Minister Mamata Banerjee held an important meeting with party MPs today during her Delhi visit. In a tweet issued by the Trinamool Congress, it was told that in this meeting, the current session of Parliament, the strategy of the general election for the year 2024 and various issues were discussed. During this, the outline of the activities for the coming days was decided. TMC is committed to serve the people. Mamata Banerjee has come to Delhi on a four-day visit. She will participate in the meeting of NITI Aayog on August 7. It is worth noting that in the current session of Parliament, TMC MPs are fiercely opposing the central government and its policies on various issues including inflation.

According to sources, Mamta is scheduled to visit the Central Hall of Parliament and also meet several opposition leaders. She is also likely to meet Congress President Sonia Gandhi and President Draupadi Murmu. He may also meet Prime Minister Narendra Modi regarding issues related to West Bengal. Significantly, Prime Minister Modi will chair a meeting of the Governing Council of NITI Aayog on August 7, in which issues related to agriculture, health and economy will be discussed.