The brief meeting between the two came just days after Shubrangshu shared a cryptic statement on social media, he wrote, "Self-criticism is more necessary than criticising a government elected by people". 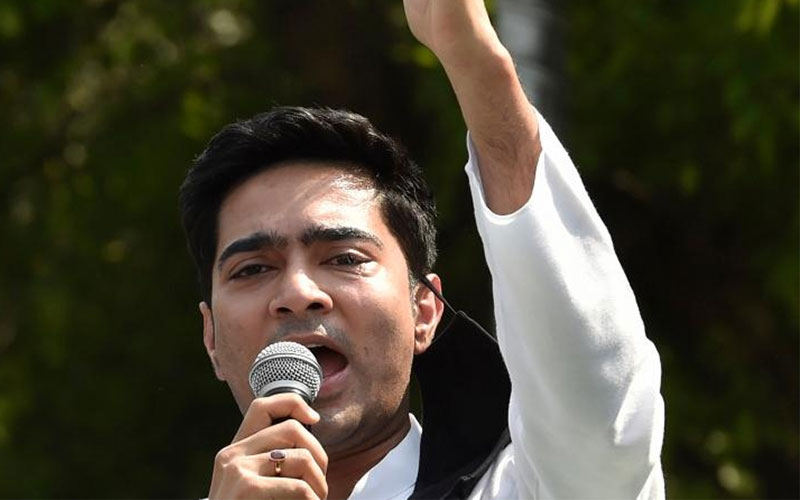 After returning from his constituency, Abhishek, who is regarded as Trinamool's number two, paid a visit to the hospital where Krishna Roy is being treated for Covid-19. Banerjee met with Roy's son, Subhrangshu Roy in the hospital and wished his mother a fast recovery.

Mukul Roy and his son were both members of the TMC prior to joining the BJP. According to the reports, Subhrangshu informed close friends that he was "delighted" when Abhishek Banerjee came to see his mother in the hospital.

The brief meeting between the two came just days after Shubrangshu shared a cryptic statement on social media, he wrote, "Self-criticism is more necessary than criticising a government elected by people".

Shubrangshu, who switched from the TMC to the BJP in 2019, fought for the seat of Bizpur in North 24 Parganas, but Roy lost the election in 2021.Mukul Roy, Subhranshu Roy's father and a Bharatiya Janata Party (BJP) national vice-president, had quit the TMC to join the BJP in 2017.

In 2021, Roy ran for the Krishnanagar North seat in Nadia district for the second time in his career and won it. Roy, who served as the BJP's electoral strategist in the 2019 Bengal Lok Sabha elections, is credited with the saffron party's 18-seat triumph.

Mamata Banerjee's remarks on her former assistant aroused debate in the run-up to the 2021 elections. Mamata Banerjee alleged during a gathering in Nandigram that Mukul Roy was not the same person as Suvendu Adhikari. Controversy also erupted on the day Mukul went to take his oath as an MLA after the new government was formed.