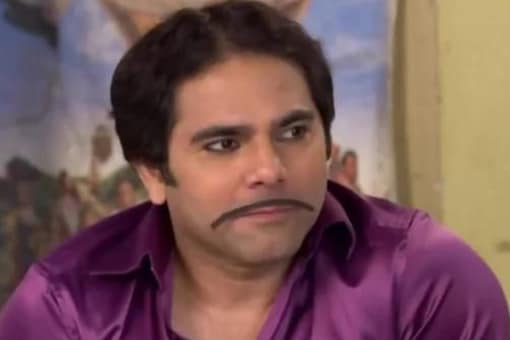 Malkhan Singh, played by Deepesh Bhan of the popular TV show 'Bhabhi Ji Ghar Par Hain' has reportedly passed away. Dipesh had fallen while playing cricket on Saturday morning, bleeding from his nose. He was immediately taken to the hospital. Where the doctor declared him brought dead. He also shot for his show late on Friday night. Dipesh was very active about fitness and on Saturday morning he went to play cricket after coming from the gym.

The actor's death has been confirmed by the show's assistant director Abhinayar. Also, Vaibhav Mathur, who plays Tika Singh in the show, has also confirmed this news. He said, "Yes, he is no more. I do not want to say anything on this, because there is nothing left to say."

Dipesh was admitted to the National School of Drama directly after graduating from Delhi. After completing the acting course here, Dipesh came to Mumbai in the year 2005. Dipesh Bhan, who flirted with the girls in the show, was actually married. They were married in May 2019 in Delhi. In January 2021, Dipesh became the father of a child.

Prior to this show, the actor had worked in shows like 'Comedy Ka King Kaun', 'Comedy Club', 'Bhootwala', 'FIR' including 'Champ' and 'Sun Yaar Chill Maar' of Bindass TV. In the year 2007, Dipesh also worked in the film 'Faltu Utpatang Chatpatti Kahani'. Along with this, he was also seen in the ad for T20 World Cup with Aamir Khan.