President Bah Ndaw, Prime Minister Moctar Ouane, and Defense Minister Souleymane Doucoure were all taken to a military base in Kati, outside Bamako, hours after two military members lost their jobs in a cabinet reshuffle, as per diplomatic and government sources. 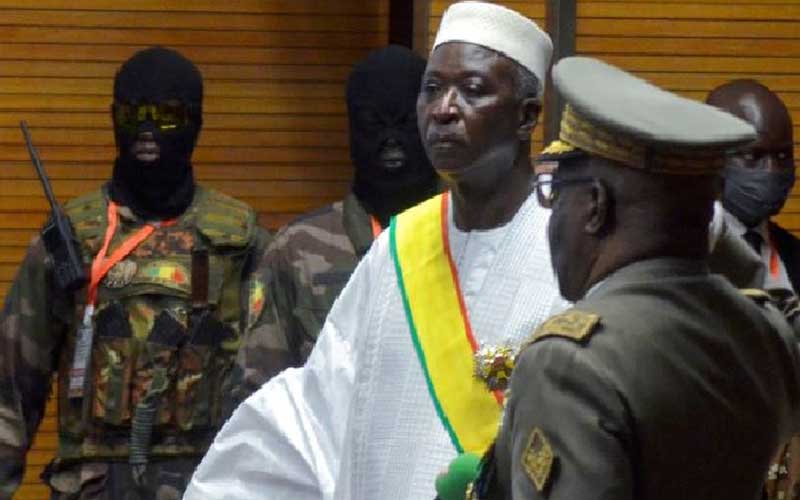 President Bah Ndaw, Prime Minister Moctar Ouane, and Defense Minister Souleymane Doucoure were all taken to a military base in Kati, outside Bamako, hours after two military members lost their jobs in a cabinet reshuffle, as per diplomatic and government sources.

Their detentions came after President Ibrahim Boubacar Keita was deposed by the military in August. The development could escalate chaos in the West African region, where al Qaeda and Islamic State-linked militants occupy vast swaths of the desert north.

Political strife and military infighting have hampered attempts by Western powers and neighbours to help the poor nation, leading to regional uncertainty.

The UN mission in Mali demanded the group's "immediate and unconditional" release, stating that those holding the leaders must be held accountable for their behaviour.

In a joint statement, ECOWAS, the United Nations, the African Union, the European Union, and other European countries said a delegation from the highest international decision-making body would visit Bamako on Tuesday to help address the "attempted coup."

"Any act enforced by coercion, including coerced resignations, is categorically rejected by the international community," the organisation said.

In a statement, the US State Department called for the "unconditional release of all being detained."

Since the August takeover, Ndaw and Ouane were tasked with leading an 18-month transition back to civilian rule, but they seem to have defied the military's authority over a variety of crucial roles.

"Sacking the coup's foundations was a huge miscalculation," a top former Malian government official reported. "It's likely that the activities are directed at getting them back to work."

The military's end objective was unclear at first. This, according to a military official in Kati, is not a detention. "What they've done isn't healthy," the source said of the cabinet shuffle. "We're letting them know the choices will be taken," says the spokesperson.

Kati's military base is infamous for overthrowing Malian rulers. President Keita was taken to Kati by the military in August and asked to withdraw. In 2012, a mutiny there helped to overthrow his predecessor, Amadou Toumani Toure.

Since then, Mali has been in a state of upheaval. Following Toure's expulsion, an ethnic Tuareg insurgency took control of the country's northern two-thirds, which was then taken over by al Qaeda-linked jihadists.

Insurgents were defeated by French troops in 2013, but they have since regrouped and continue to assault the army and civilians. They've spread their tactics to Burkina Faso and Niger, where attacks have increased dramatically since 2017.

There seemed to be a reason to be optimistic. To restore a stable government, the transitional government announced last month that parliamentary and presidential elections will be held in February 2022.