Malik's new disclosure in cruise case: Before raid, NCB had information about Kashif Khan being on cruise, he was intentionally let go

The attack on the Narcotics Control Bureau by Nawab Malik, Minister for Minority Welfare in the Maharashtra Government, continues.He has shared a WhatsApp chat of KP Gosavi, the most controversial face of the drugs case and an informer, in which Kashif Khan has been mentioned. 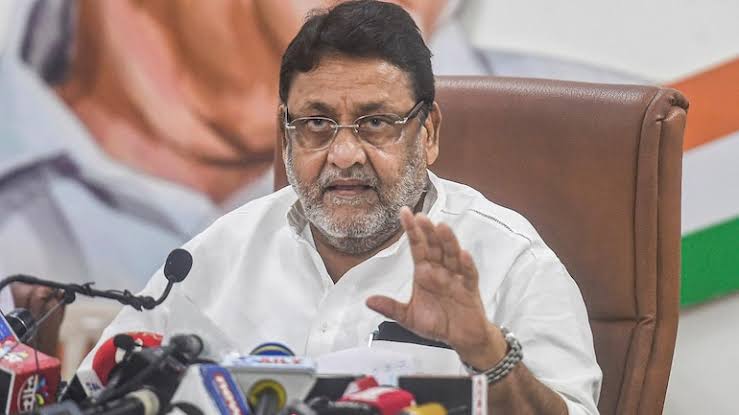 The attack on the Narcotics Control Bureau by Nawab Malik, Minister for Minority Welfare in the Maharashtra Government, continues. In this episode, while making a new disclosure on Tuesday, Malik has presented some evidence in social media. He has shared a WhatsApp chat of KP Gosavi, the most controversial face of the drugs case and an informer, in which Kashif Khan has been mentioned. Through these chats, Malik has talked about establishing a relationship between Sameer Wankhede and the India Head of Fashion TV.

NCB gave safe passage to Kashif Khan Shortly after releasing these chats in social media, Minister Nawab Malik came in front of the media and made many serious allegations against NCB Zonal Director Sameer Wankhede. Malik said, “This Puri Raid had KP Gosavi and Manish Bhanushali in the lead roles. We have made public today the chat between a Delhi informer and Kiran Gosavi. This chat suggests that Kashif Khan was the target of NCB, but because he had created the entire game, he was allowed to go through safe passage."

Kashif Khan running a drug racket sitting in Goa Malik further asked why Kashif was not apprehended despite having photographs of him when he is declared a fugitive by the court and there are several cases pending against him. Malik also alleged that Kashif Khan is running an international drug racket sitting in Goa. Despite this, Goa NCB is not interrogating him. Malik also said that it is the responsibility of the top officials of NCB to call Kashif Khan and interrogate him.

Malik had accused Kashif of running a pornography and drug racket.A few days back, Malik had claimed that the bearded man was Fashion TV's India head Kashif Khan during the cruise party. Malik alleged that Kashif Khan runs a pornography and sex racket apart from organizing drug parties. Despite this, he was allowed to leave the cruise comfortably.

Kashif's answer- party was organized by Delhi company, not me Kashif had said that he had not organized this party. Its organizer was a Delhi based company. This information can be checked from anywhere. Fashion TV was also not the organizer of this event. On the allegation of running a drug and pornography racket, Kashif said that he has wrong information and he should re-check his facts. I have never been associated with any drugs or pornography.