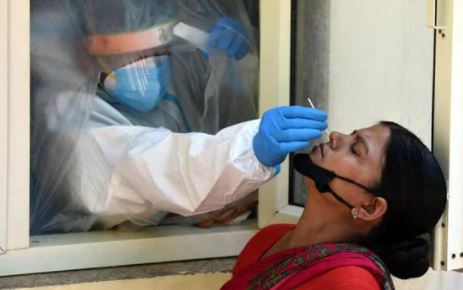 As citizens, we should now pray that Corona Virus reduces its virulence

Sample this, an asymptomatic lady who was in close contact with an individual who recently died went for her Covid 19 RT-PCR test at a renowned pathological laboratory. The person who had just recently died is alleged to have died due to Corona Virus complications. The lady is under a double-whammy – she is grieving for her loved one and at the same time does not know whether she can go ahead with her normal life – or is she to start taking medications, get hospitalised and whether she has already lost time for herself to be ever healthy.

She has gone in for ‘home isolation’ and is waiting anxiously for her test report to come. In this crucial time she has been listening to the various ‘expert’ comments by many ‘expert’ doctors on the social or conventional media. Some are positive thinkers – they suggest her to be positive and take ‘khaada’, zincovit and paracetamol if there is an accompanying fever. Some are not so kind – they are suggesting she writes her ‘will’ before she leaves for the hospital. They say that CoVid ‘cannot’ be ever treated at home and once a person goes to the hospital – they rarely return.

In such a scenario, after three excruciating days she receives her report from the pathological laboratory. She prays real hard before opening the envelope but is happy and relieved to find herself to be Corona Virus Negative. She resumes her normal life activities. She now touches her children, grandchildren, husband, etc; she also shares her meals with her family members; she is now sleeping with her other family members; playing, singing, dancing, socialising – anything and everything that a normal person would do – more so when happy.

But the story does not end here – based on the same test carried out by the Pathological Lab centre which had given a negative report – a message is sent to the lady saying that her result is Covid positive and the State Health Department Website of Bihar Government (again citing the same test) declares the person as CoVid positive.

What would such a person go through now?

Thinking of not only going to the hospital – writing her ‘will’ before going and this time also taking the extra burden that in the last couple of days between the Corona Positive result on the website and her result which came from the Pathological Lab which was negative – she might have infected her children, grand-children or other family members. So this time she is not just thinking about herself – but of the added depression that she might have infected her close relatives.

This is not a stray incident from the Capital City of Bihar. Many such cases have to light in Patna and the adjoining areas. The state under JDU and BJP Government has been repeatedly pulled up by many for the lackadaisical approach towards Health and Corona Virus. The apologetical approach by both the Chief Minister and the Health Minister suggest that they do not care about the citizens of their state. They are not seen even voicing concern about oxygen shortage, vaccination drives or social distancing even while estimates say that per day corona cases are around 40 thousand to 1 lakh cases.

But who will ask Bihar Officials or Government any questions when their own partner in the government who also rules the Central Government have only two objectives in their lives – majority appeasement and fighting elections. The foreign media (in absence of credible mainstream media in India) has painted a real grim picture of India and its so-called political leaders – who have been seen to portray Nero while Rome was burning.

As citizens, we should now pray that Corona Virus reduces its virulence and nothing else is possible under the current scenario.