Eknath Shinde said – Uddhav government is in minority. Attempts are being made to intimidate our MLAs. No one can scare us. We have 39 Shiv Sena MLAs and 14 Independents. 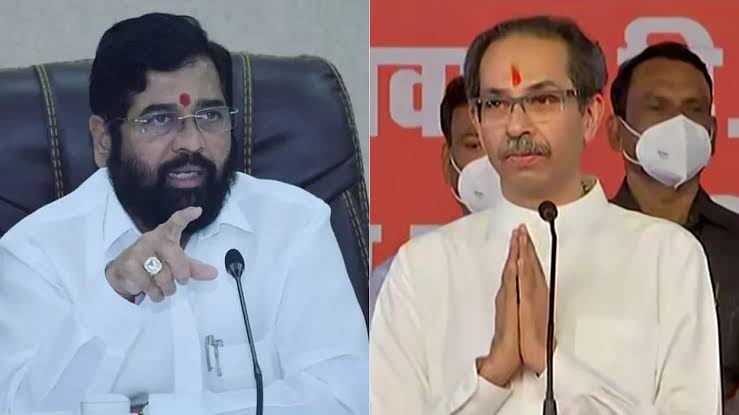 On the fourth day, the political battle of Maharashtra has come in the mood of a cross. During a meeting in Matoshree, Shiv Sena Chief Uddhav said that these people cannot live without taking Thackeray's name. Once they used to talk of dying for Shiv Sena, now they want to break the party. I have left the CM House, not the post of Chief Minister. Here, rebel leader Eknath Shinde has left for Mumbai from Guwahati.

Two independent MLAs Mahesh Baldi and Vinod Agarwal of Shinde faction have given notice for the removal of Deputy Speaker Narhari Jirwal. Narhari has been accused of electing Ajay Choudhary as the leader of the Shiv Sena Legislature Party without consulting him.

According to sources, Shinde is likely to come to Mumbai to meet Deputy Speaker Narhari Jirwal. Shinde can also hand over the letter of support of the MLAs to Jirwal. The Uddhav government has ordered to take action against the PSOs (Private Secretary Officers, Commandos and Constables) of the rebel 40 MLAs.