With the emergence of the third wave, the state government has banned physical darshan by devotees at Ganpati mandaps across the state. 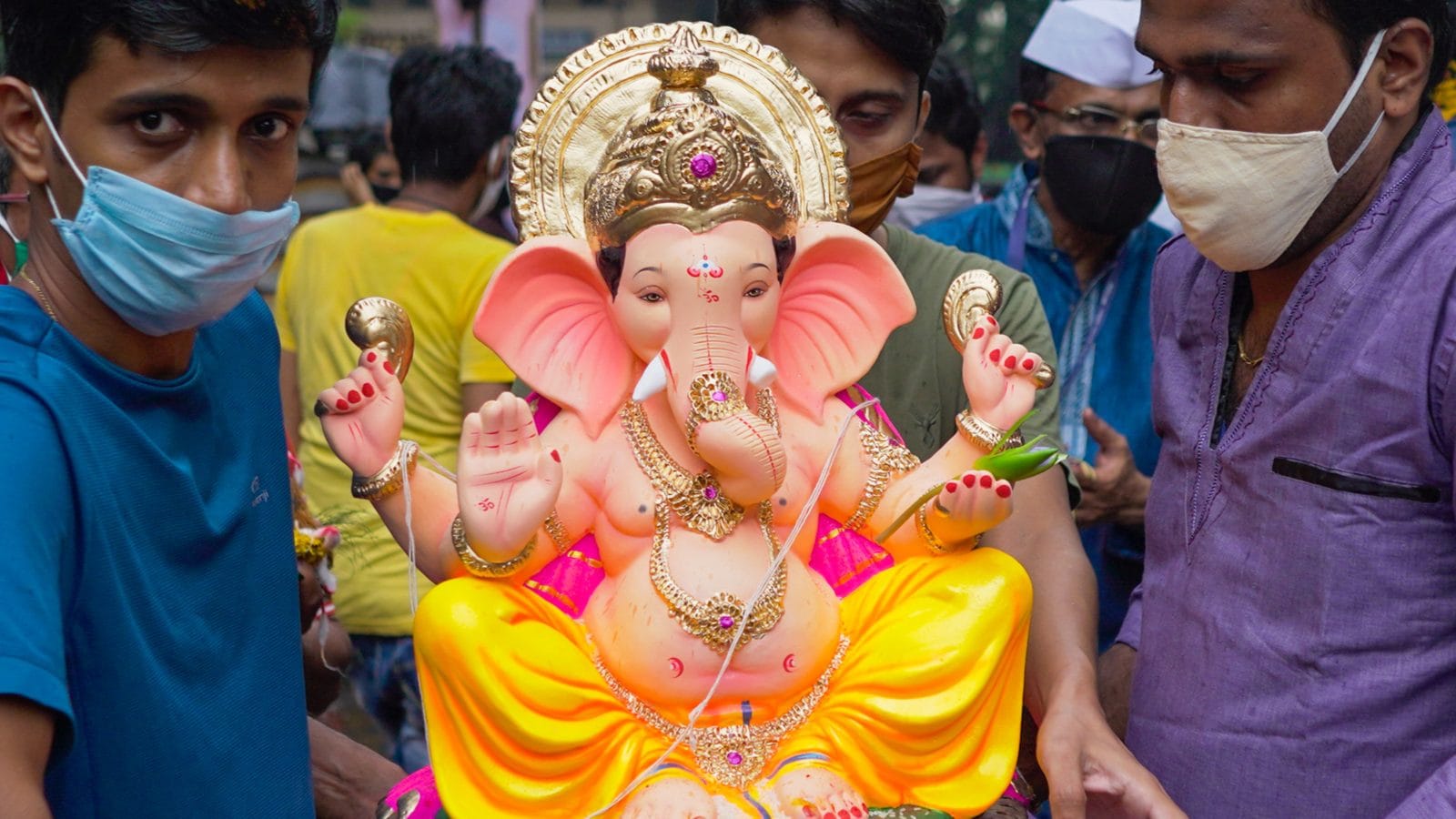 On Friday, the darshan of the festival will begin and will have to be online or telecast through electronic media, says the states’ guidelines. On Tuesday, the BMC also issued the same order. The state had issued a series of guidelines last week which included a ban on processions to look at the arrival and immersion of the Ganesh idol and made a request to the public to celebrate it at home. It restricted the height of the idols at four feet in community Ganpati mandaps and two feet at home. The state prompted devotees to choose idols made of clay so that they could be immersed at home only.
The union health secretary told the government, asking it to consider the imposition of local restrictions during the festive season. An RTPCR negative test report has been made compulsory for those traveling to the districts of Ratnagiri and Sindhudurg except for the ones who are fully vaccinated and those under 18 years. These areas have limited healthcare facilities and a high positivity rate.