In Maharashtra, more than 100 members of a labor union attacked employees of a steel company, a police officer said. In trying to control the crowd, 19 policemen were injured and 12 of their vehicles were damaged. 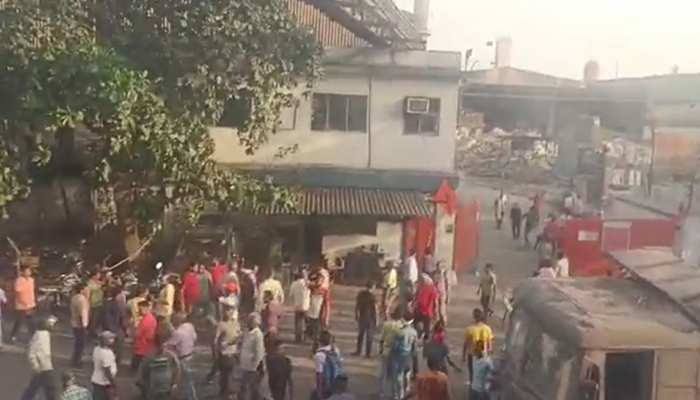 A shocking incident has happened in Palghar, Maharashtra. Here more than 100 members of the labor union entered the factory and beat up the workers. They also beat up the officers. After receiving the news of the incident, when the police reached the spot, the mob also attacked him. 19 policemen have been injured in this attack.

The mob also vandalized inside the factory. 12 vehicles have been damaged. However, taking action in this case, the police have arrested 27 accused. The search is on for other accused.

The police officer said that an issue related to labor union was going on in the company for a long time. On Saturday, members of the labor union entered the factory and started beating up the employees and officials. They also ransacked. As soon as the news was received, the police team immediately reached the spot, then the mob threw stones at him as well.