The fire broke out on the 14th floor of the ground plus 21-storey building. 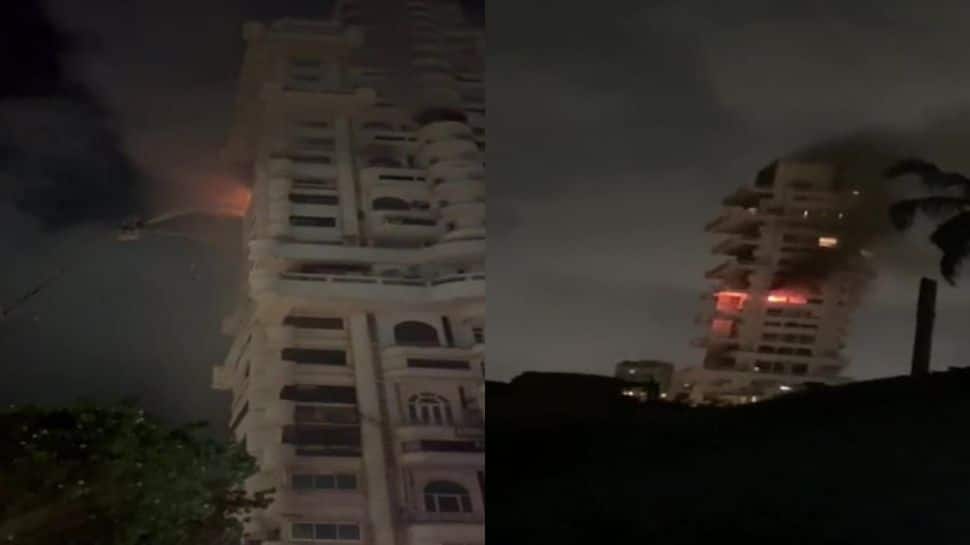 In Mumbai, a major fire broke out in a 21-year-storey residential building, which was located near Bollywood Actors’ Shahrukh Khan Bungalow ‘Mannat’ in Mumbai’s Bandra area on Monday evening, as per the Fire Brigade Officials. However, no casualties have been reported so far. The Fire broke out on the 14th floor of a high-rise building.

Immediately, the plumes of smoke were seen rising from the floor affected by the fire. As per the Mumbai Fire Brigade, further details are awaited. As of now, the fire is classified as a level-II fire. Eight fire engines, seven jumbo tankers, and ambulances were immediately rushed to the spot. Efforts are on to put out the flames, the official added. A power outage was reported in the area following the incident.