In Mandu to preserve the natural and natural beauty, "Mandu Mahotsav 21-22" is being organized by the Madhya Pradesh government to welcome the new year. The festival is running from 30 December 2021 to 3 January 2022. 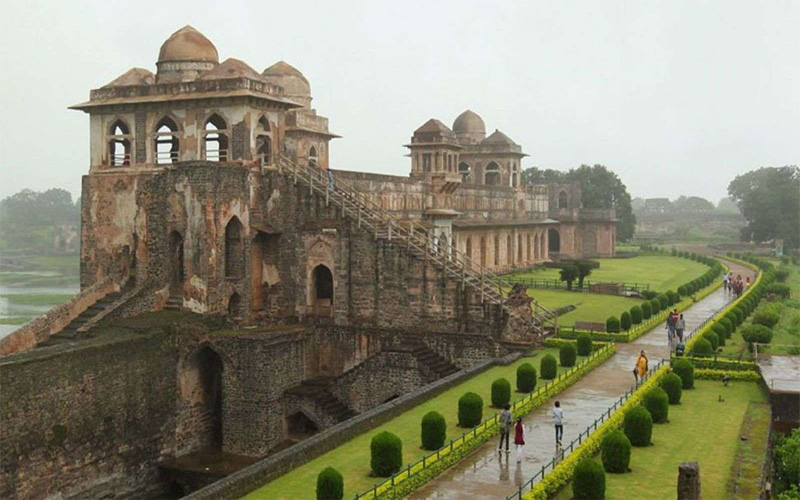 In Mandu to preserve the natural and natural beauty, "Mandu Mahotsav 21-22" is being organized by the Madhya Pradesh government to welcome the new year. The festival is running from 30 December 2021 to 3 January 2022. Live concerts, adventure sports, cycling expeditions and much more are being showcased at the festival. There is also a display of local arts, crafts and cuisine.

Arriving in Mandu, the excitement of seeing the beauty of the buildings increases with the sight of the greenery and winding valleys there. It is situated at an altitude of about 2,000 feet on the hills of Vindhyachal. Situated within a radius of 45 km, Mandu has 12 entrances, out of which the "Delhi Darwaza" is the main one and the rest of the doors are also associated with many historical stories.

Surrounded by mountains and rocks, Mandu reflects the beauty of about 3,000 old buildings of history. Mandu still preserves the love story of Baz Bahadur and Rani Roopmati of the 16th century.Queen Roopmati's palace is situated in front of the palace of Baz Bahadur, in which the tales of their infinite love story still enthralls the tourists. This palace of Baz Bahadur and Roopmati is situated on a 365 meter high steep cliff, from this palace one gets to see the all-round beauty of Mandu city and also the redness of evening can be felt from here

Light show is organized in Mandu every evening at "Hindola Mahal" in which the stories of Malwa's history are echoed. Among these stories, the story of the famous Sultan Baz Bahadur and Roopmati's love story is also narrated. The fifth sultan of Malwa, Ghiyas-ud-din, built a "Ship Mahal" in Mandu, whose beauty still touches the hearts of tourists. This 15th-century palace housed 15,000 women guards of the Sultan. This palace is situated between two artificial ponds, as if it seems that the palace is floating in water.