Taking the discourse further, Moitra said that BJP should stop commenting about things that it is not aware of. The TMC MP had earlier mentioned, "Don't teach Bengalis how to worship Maa Kali." 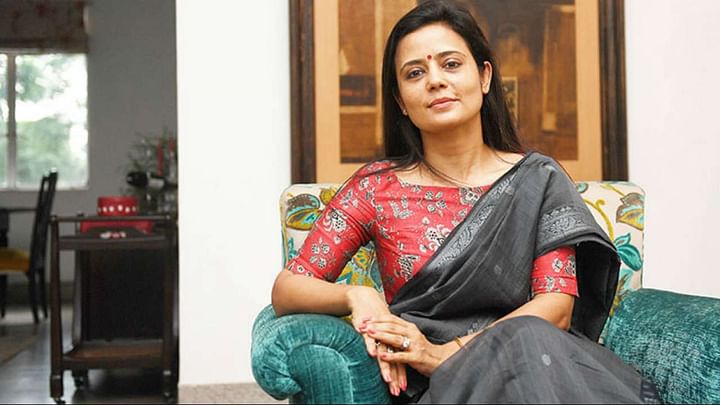 The controversy over the film "Maa Kali" keeps accentuating further. While TMC MP Mahua Moitra isn't backing down from her statement, BJP and other Hindu organizations are on a continuous track of opposing her. Taking the discourse further, Moitra said that BJP should stop commenting about things that it is not aware of. The TMC MP had earlier mentioned, "Don't teach Bengalis how to worship Maa Kali."

Taking a dig at the BJP for satirical remarks on TMC Leader, and West Bengal Chief Minister Mamta Banarjee Moitra said, "Would advise BJP Troll-In-Charge for Bengal to tell his masters to stop commenting on things they have no clue about. Didi O Didi got them the boot. Now Maa O Maa will get them a foot on their chest.

Before this, Moitra had said, "I do not want to live in an India where BJP’s monolithic patriarchal brahminical view of Hinduism will prevail & rest of us will tiptoe around religion. I will defend this till I die. File your FIRs - will see you in every court in the land.

Amidst the Maa Kali controversy, Prime Minister Narendra Modi had said, "Everything pervades the consciousness of the mother. Maa Kali's blessings are always with the nation. Modi, said so while addressing the centenary celebrations of Swami Atmasthanand on Sunday.

On the matter, Amit Malviya, In-charge of BJP's National Information & Technology Dept said, "Prime Minister Narendra Modi speaks reverentially about Maa Kaali being the center of devotion, not just for Bengal but the whole of India. On the other hand, a TMC MP insults Maa Kaali and Mamata Banerjee instead of acting against her and defends her obnoxious portrayal of Maa Kaali."

Moitra stirred a controversy after she said, "To me, Kali is a Meat-Eating, Alcohol Accepting Goddess. She further said, "It is up to you how you see your God. If you go to Bhutan and Sikkim, whiskey is offered to God in worship there. At the same time, if you give whiskey to someone in Uttar Pradesh, then his feeling can be hurt. For me, Goddess Kali is in the form of a meat-eater and a wine-drinker. Goddess Kali has many forms."