Ma Anand Sheela has an interesting advice to Priyanka Chopra and Alia Bhatt who will portray her in two different biopics. 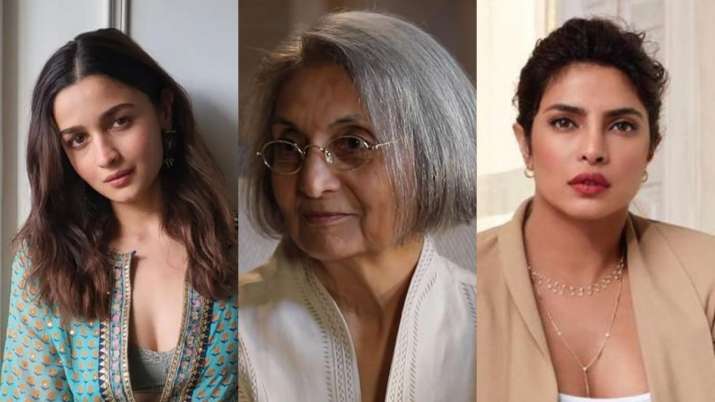 Ma Anand Sheela is an interesting and quite controversial personality. She was the former aid to Osho, aka Bhagwan Shri Rajneesh. When Netflix released Wild Wild Country almost 3 years ago, viewers were astonished to know how strong her personality is.

In the past few years, Ma Anand Sheela has become the talk of the town, mainly because of how some people want to bring her life on the screen. So far, two biopics starring Priyanka Chopra (movie) and Alia Bhatt (show) have been announced. Now, the woman has spoken about these biopics and has some advice for the actors.

In an interaction with journalist Puja Talwar, when Ma Anand Sheela was asked about her thoughts on these biopics, she said, "Well, I sometimes chuckle. Sometimes they will have to do deep searching into my character. They have to move a little bit away from scandal. And I don't know if they can. And if they don't, I take it as an impression of me they are doing."

Earlier, Sheela was not ready to give permission to Priyanka Chopra for a movie on her life. She had told HT, "I told her I do not give her permission to do [the] film because I have not chosen her... In Switzerland, we send legal notices very simply. I sent her an email which is accepted there as legal." When asked if there was any response to the email, Ma Anand Sheela had said, "No, never. Not even a courtesy letter that they received my notice but that’s not an issue, maybe she never had the opportunity to meet me or make time to meet me and it is no big issue... not everybody has the time to meet me".

Which project are you more excited to see? Do let us know your thoughts