Lakhs of cows have died due to the Lumpy virus spreading in cattle, this infection is spreading more and more day by day. Indigenous vaccine against lumpy skin disease to hit markets soon says ICAR. 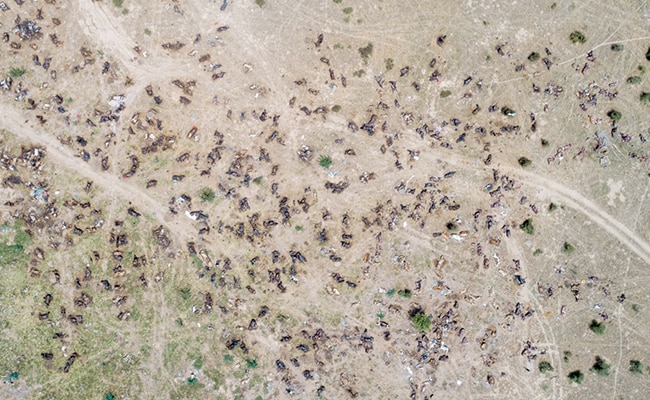 The Lumpy Skin disease is wreaking havoc in many states including Rajasthan. This virus spread in cattle is being compared to the deadly coronavirus in humans. In Rajasthan and Gujarat, thousands of cows have died due to this disease.

The situation is that due to the high numbers, the cows are being thrown in the open instead of being buried. Due to this, the stink is spreading in the residential areas. There is a danger of new diseases in humans. Lumpi is wreaking havoc in about ten districts of Rajasthan. In Rajasthan, more than 50 thousand cows have died in the last month.

The situation is worst in Jodhpur, Jalore, Pali and Bikaner. In Bikaner, the situation is frightening these days. Around 300 cows are dying every day in the surrounding areas of the city. At the same time, the administration and the local people are throwing cows and other dead animals in the open dumping yard of Jobir, about ten kilometers from the city itself.

However, the Bikaner district collector Bhagwati Prasad Kalal denied the photo being circulated and said, "This area is a demarcated zone to dispose of dead animals. The carcass of animals that die within the city limits is brought here, the skin is removed and the skeleton is left to dry. The contractor later picks up these bones to sell in the market. Almost 1,000 animal carcasses are always found here. This is the photo that is being circulated."

On this, the ICAR has said that the Indigenous vaccine against lumpy skin disease to hit markets soon.