Nine people, including three children, were on Friday killed and two others injured when the wall of an under-construction house collapsed in Lucknow's Dilkusha. 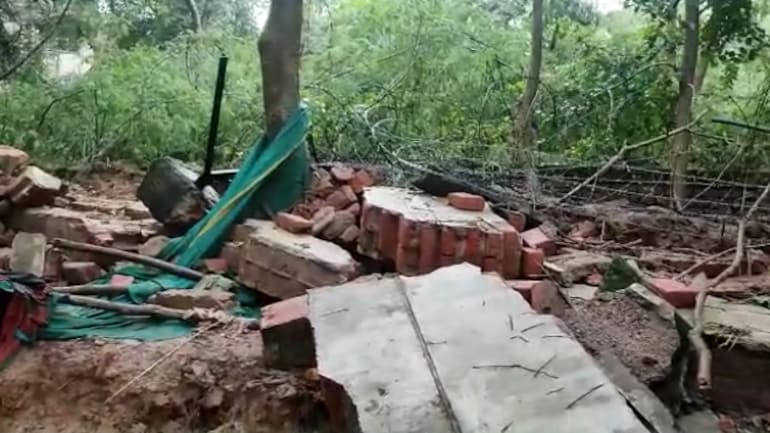 A major accident took place in Lucknow at 3 am on Friday amidst heavy rains for three days. In Dilkusha Colony here, 9 people were crushed to death due to the collapse of the wall. Two injured have been admitted to the Civil Hospital. DM Suryapal Gangwar said that all the deceased and injured are residents of Pachwara in the Jhansi district. CM Yogi was about to reach the hospital to meet the injured, but the tour had to be canceled due to waterlogging on Park Road near the Kalidas intersection.

All of them were living in a hut along the old wall of the Army Campus in the cantonment area and were engaged in the construction of the new boundary wall. DM told that people slept in a hut near Boundriwal. The rescue has been completed late in the night. The condition of the injured is out of danger. Anand Ojha, director of the Civil Hospital, says that 9 people were brought at 7 in the morning, all the people had died. Apart from this, there are two injured, who are undergoing treatment.

When the accident happened near Army Cantt, army personnel also reached the spot for rescue. CM Yogi has kept an eye on the accident. DM and police officers have been instructed to reach the spot. CM Yogi has expressed condolences to the families of the deceased. The CM has announced a relief amount of Rs 4 lakh to the kin of the deceased. The CM has given instructions to provide better treatment to the injured. Home Minister Amit Shah and SP President Akhilesh Yadav expressed grief over the accident.

Rain has wreaked havoc in Lucknow in recent days which has caused flood-like conditions.