‘Didi’ has a ‘dada’ to fight in Bengal now 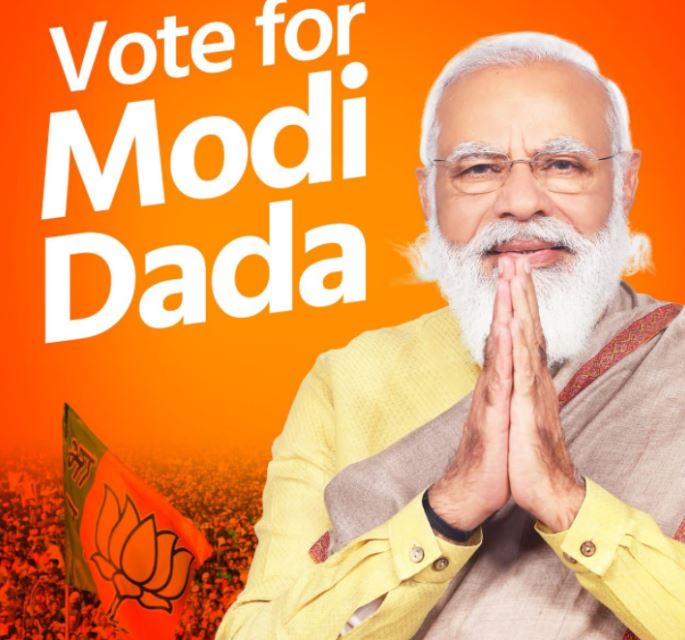 The most popular election battle this time would be Bengal where a forever fierce Mamata Banerjee, the two-time Chief Minister of Bengal and Prime Minister Modi will fight.

PM? Yes, because how many people except those who live in Kolkata will remember that she is fighting against her own ex-aide Suvendu Adhikari in Nandigram? The campaign posters today would do the rest. The posters are promoting the PM who is spearheading the canvassing.

Taking a jig at ‘didi’ meaning elder sister, as she is fondly called in Kolkata, PM Modi has been campaigned as ‘Dada’, meaning elder brother – Modi Dada in posters canvassing for the BJP IN Bengal. The online poster contains PM Modi's photo in a shawl against a saffron colour backdrop says, "Vote for Modi Dada."

Interestingly, PM  Modi has already grown his beard to look like author, poet, philosopher, painter, and musician Rabindra Nath Tagore. The poster attempts to strike resemblance with this dada to the Gurudev, as Tagore is fondly known in Bengal.

The poster was shared by BJP spokesperson Tajinder Pal Singh Bagga first in is tweet.

The verbal battle between the two is already on. Didi challenged the PM saying Khela Hobe (The game would be on), to which the PM had said addressing public Khel khatam hona chahiye (the game should end now) referring to her alleged involvement in the corruption in Bengal.

She didn’t sit quiet and referring obliquely to Motera Stadium renamed as Narendra Modi Stadium recently, she taunted, “One day India would be named after him”,

Bengal goes for polls in eight phases starting March 27. Counting of votes will take place on May 2.