Lover strangles girlfriend at Bawana's OYO Hotel, then kills himself by consuming poison

According to information, the lover strangled the girlfriend to death at the Oyo Joy Rooms Hotel located in Sector 2 of Bawana Industrial Area, Delhi. After this the lover himself committed suicide by consuming poison. 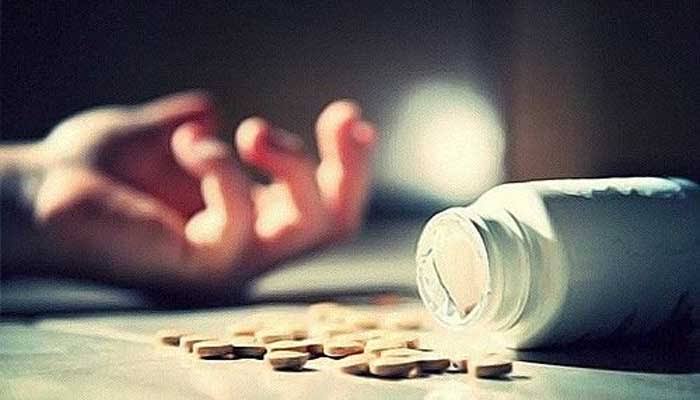 On Wednesday, there was a stir after the bodies of a young woman and a young man were found in a hotel room in Delhi's Bawana police station area. According to information, the lover strangled the girlfriend to death at the Oyo Joy Rooms Hotel located in Sector 2 of Bawana Industrial Area, Delhi. After this the lover himself committed suicide by consuming poison.

The girl Muskan was a resident of Bawana JJ Colony and the youth Vipul was a resident of Halalpur in Haryana. According to the information received from the hotel staff, he had taken a room in the hotel at 10 am on Tuesday. The girl has injury marks on her neck while the boy has marks of dry foam on his mouth and foul smell is coming from his body. The police team recovered a blood-stained knife and sulfa powder from the spot.

On checking with the hotel reception, it was found that both the deceased girl and boy were 21 years old. He came to the hotel at around 10 am on Tuesday and checked into his room. On information crime team and FSL inspected the spot.

According to the information received from the police, prima facie it seems that the boy killed the girl and consumed sulfas tablets which led to her death. Examination of CCTV cameras shows that no one else entered inside the room after the girl and boy entered. An FIR has been registered under murder and further investigation is underway.

Delhi | Bodies of a man &a woman found in a hotel room in Bawana PS area. The woman had injury marks on her neck while the man had dried marks of froth on his mouth&a foul smell emanating from his body. A blood-stained knife&sulfa powder found at the spot: Outer North Dist Police