Liz Truss to be the third woman PM of Britain, defeats Rishi Sunak of Indian Origin

47-year-old Liz Truss will be the new Prime Minister of Britain after she defeated the Indian-origin sage Sunak. 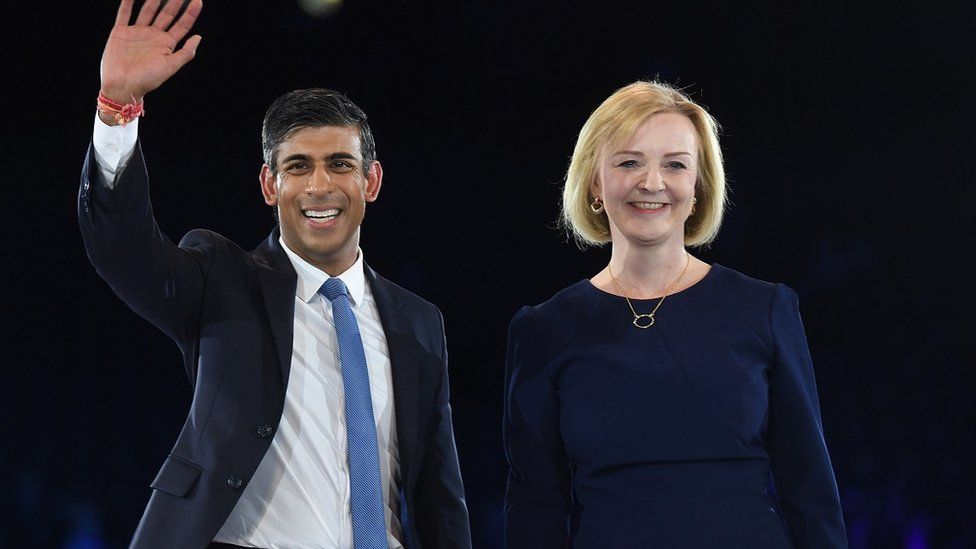 Liz Truss wins the Conservative Party leadership election and will be the next UK prime minister. The 7-year-old Liz Truss will be the new Prime Minister of Britain after she defeated the Indian-origin sage Sunak. Right-wing Liz will replace Boris Johnson. Liz is known as the firebrand leader in British politics. In the two-month-long election campaign, her approach was never defensive. As per the schedule, the new prime minister will make a short speech near Downing Street soon after the results are announced. This is just a tradition.

Liz Truss has been declared the winner of the Conservative Party leadership election with 81,326 votes, after defeating Rishi Sunak, who received 60,399 votes. With this victory, Liz is the third female prime minister of Britain. Before her, Margaret Thatcher and Theresa May lived on it. Liz considers Margaret Thatcher as her role model.

Boris Johnson resigned as party leader on 7 July. After that, in the Conservative Party, he was up against Rishi Sunak of Indian origin. About 1.60 lakh members of the party voted. Sunak had defeated Liz Truss in the five rounds of voting of Conservative Party MPs, but the final decision is taken by about 1 lakh 60 thousand registered members of this party. Liz won it. Boris Johnson was also not in Sunak's favor.

As per ITV, the incoming prime minister Liz Truss promised a 'bold plan' to cut taxes and grow the economy. She added she will 'deliver on the energy crisis, dealing with people’s energy bills but also dealing with the long-term issues we have on energy supply'