The biggest clash of the T20 World Cup 2022, the India-Pakistan match has started. Rohit won the toss and decided to bowl first. 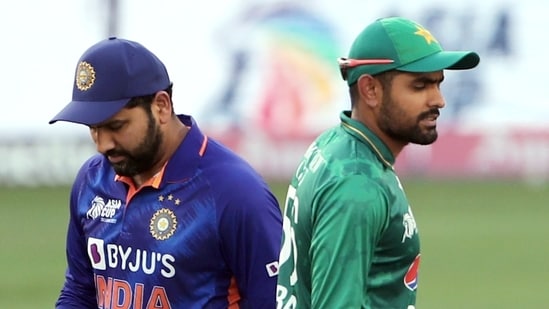 The biggest clash of the T20 World Cup 2022, the India-Pakistan match has started. Rohit won the toss and decided to bowl first. The bowlers proved the decision right. Arshdeep has sent both Pakistan openers Babar Azam and Rizwan to the pavilion. Babar Azam was dismissed for zero on the first ball of Arsh. Rizwan returned to the pavilion after scoring 4 runs in the fourth over.

There have been 6 matches between India and Pakistan in the T20 World Cup before this. Out of these, India had won the toss thrice and we won all three matches.

After 37 years, the match between the teams of India and Pakistan is being played at the MCG Stadium in Australia. The last time both teams played was in 1985 at the Benson & Hedges World Championships. It was Sunil Gavaskar's last match as India's captain. After this, there was never a match between these two teams on this ground. Team India won this match.