List of most polluted cities in India released today

According to the Indian Agricultural Research Institute or IARI, 3,634 incidents of stubble burning were registered in Punjab on Wednesday, which is the highest figure so far in the whole year. 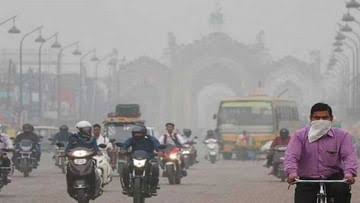 According to the data, Delhi's AQI stood at 354 on Monday, while Noida's AQI was 328. The AQI level in Ghaziabad stood at 304, and Begusarai (Bihar), Ballabgarh (Haryana), Faridabad (Haryana), Kaithal (Haryana), Gurugram (Haryana) and Gwalior (Madhya Pradesh) were also among the most polluted cities.

These figures are eye-opening. According to the Indian Agricultural Research Institute or IARI, 3,634 incidents of stubble burning were registered in Punjab on Wednesday, which is the highest figure so far in the whole year.

To avoid fumes from vehicles, Delhi Environment Minister Gopal Rai had urged the Chief Ministers of Uttar Pradesh and Haryana to take steps to move trucks carrying non-essential goods on the Peripheral Expressway, so that they can cross the borders of Delhi. To avoid traffic jam.

According to the forecasting agency Safar, which works under the Ministry of Earth Sciences, the contribution of stubble burning to Delhi's PM2.5 pollution has come down from 30 per cent on Friday due to transport-level winds. It was 21 percent on Saturday.

Transport-level winds blow in the lower two levels of the environment - the troposphere and stratosphere - and bring the smoke from stubble burning to the National Capital Region.