Three FIRs have been registered against 14 people under sections 302, 328 and 120-B of the Indian Penal Code and most of them have been taken into custody. 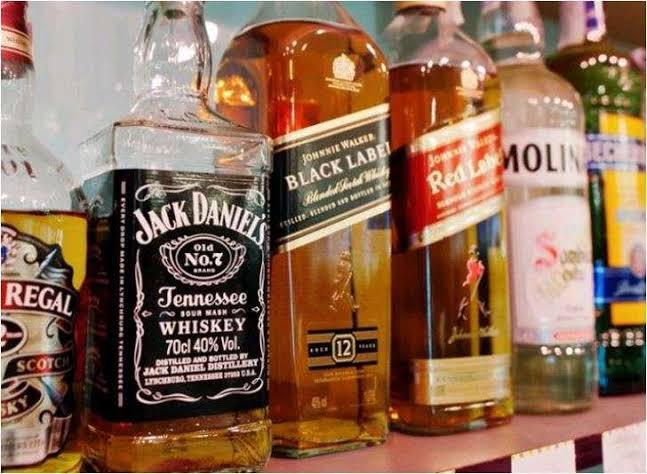 The death toll due to consumption of spurious liquor rose to 28 in Botad district of alcohol-prone Gujarat. While more than 50 people are still hospitalized. Gujarat Director General of Police Ashish Bhatia said that preliminary investigation has revealed that some small liquor smugglers, including a woman from different villages of Botad, had made spurious liquor by mixing water in 'methyl alcohol' (methanol), which would have been highly toxic. Is. They used to sell it to the villagers at a price of Rs 20 a 'pouch'. An FIR has been registered in the matter. He said that the blood samples of those who lost their lives have confirmed that they had consumed 'methanol'. Bhatia said that three FIRs have been registered against 14 people under sections 302, 328 and 120-B of the Indian Penal Code and most of them have been taken into custody.

The matter came to light on Monday morning when some people living in Rozid village of Botad and other nearby villages were admitted to government hospitals in Barwala area and Botad towns after their condition deteriorated. So far 28 people have died due to drinking spurious liquor. Of them, 22 were residents of different villages in Botad district, while 6 were residents of three villages in neighboring Ahmedabad district. Apart from these, more than 45 people are being treated in hospitals in Bhavnagar, Botad and Ahmedabad.

Forensic analysis revealed that the victims had consumed 'methyl alcohol'. A case has been registered against 14 people on charges of murder and other offenses and most of the accused have been taken into custody. Gujarat Anti-Terrorism Squad (ATS) and Ahmedabad Crime Branch are also involved in the investigation. Meanwhile, the state government in a press release said that the Gujarat Home Department has constituted a three-member committee headed by senior Indian Police Service officer Subhash Trivedi to probe the matter.

At the same time, Delhi Chief Minister Arvind Kejriwal, who was on a tour of Gujarat, had on Monday alleged that the prohibition is in force in the state, yet illegal liquor is being sold. Assembly elections are due in the state later this year. He alleged that those selling illicit liquor were enjoying political patronage and demanded a probe into the money earned from the sale of liquor. Kejriwal on Tuesday said he would visit a hospital in Bhavnagar where some people who fell ill after consuming spurious liquor were admitted.