Liquid Oxygen for Medical Purpose only, No Industry Exempted: Centre

"Usages of liquid oxygen for any non-medical reason is not permitted," the Home Ministry said, "and all manufacturing units can maximise their liquid oxygen output." 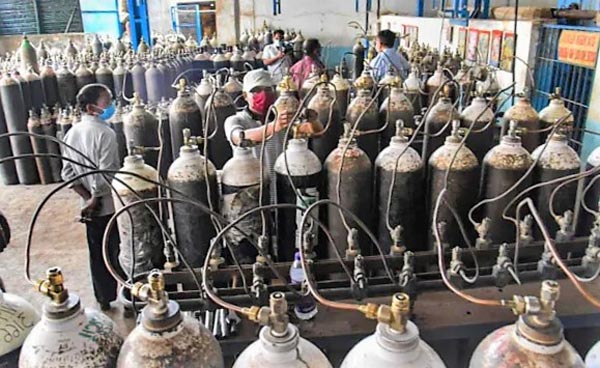 "Besides that, all liquid oxygen stocks should be made accessible to the government for medical purposes. There are no exceptions for any industry when it comes to the use of liquid oxygen "According to the directive.

The recent increase in Covid cases has resulted in what is now being referred to as a scarier second wave of the pandemic. Stories on social media abound with desperate people attempting to locate oxygen or a hospital bed for their friends and relatives.

This time of year, an increasing number of people are complaining of shortness of breath, which necessitates the use of oxygen. However, due to the sudden increase in demand across cities and towns, the availability of oxygen has become severely restricted.

Hospitals around the country are increasingly reporting a lack of medical oxygen. Many people are putting out an SOS on social media in order to get help faster.

The railways are operating 'Oxygen Express' trains to ensure the delivery of oxygen in bulk and quickly to patients, and a green corridor has been built for the easy movement of these trains.