Linking Voter ID with Aadhaar Voluntary or Mandatory? Why is there a ruckus? SC has said Aadhaar not mandatory

The Election Act (Amendment) Bill, 2021 to link the voter ID card with Aadhaar was also passed by the Rajya Sabha on Tuesday despite opposition from the opposition. This bill was passed by the Lok Sabha a day earlier. 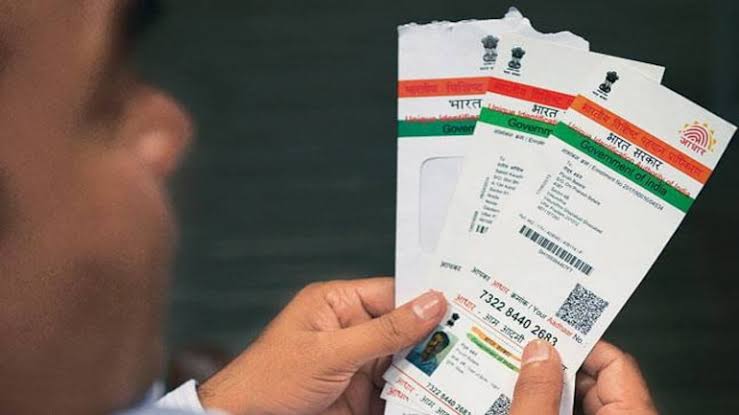 Let us know what is the Election Law (Amendment) Bill, 2021? In this, what was said about linking Voter ID card with Aadhaar?

The Election Laws (Amendment) Bill, 2021 or the Election Laws (Amendment) Bill 2021 aims to implement a number of election reforms, on which talks were going on for a long time. This bill has been passed by Lok Sabha on 20 December and Rajya Sabha on 21 December. In this bill, there is a mention of linking the voter ID card with Aadhaar and this bill is on the target of the opposition for this matter.

The government has given its stand on the questions being raised regarding the Election Act (Amendment) Bill, 2021 and explained why it is necessary to link Aadhaar with electoral roll?

There is a provision in this bill under which a new applicant can give Aadhaar number to the Electoral Registration Officer for the purpose of identification.It has been said in the bill that no application will be rejected on the ground and no one's name will be deducted from the voter list because he has not given Aadhaar.

The bill definitely states that the applicant who fails to provide Aadhaar will have to give "sufficient reasons" for the same.Linking of Aadhaar with the voter list will help in eliminating the problem of multiple voter IDs generated in the same person's name at different places.

The issue of Voter ID card in the name of the same person at different places is due to frequent change of residence of the voter and application for Voter ID at a new place without deleting the previous nomination. In this way, the problems of voters whose names appear in more than one voter list or more than once in the same voter list will also be removed.

After amending this Act, according to this bill, "The Electoral Registration Officer may ask any person to produce his Aadhaar to prove his identity." If his name is already in the voter list, then Aadhaar number may be required for authentication of the entry entered in the list.