An ex gratia amount of 5 Lakh has been announced by Chief Minister Ashok Gehlot to the families of the deceased. 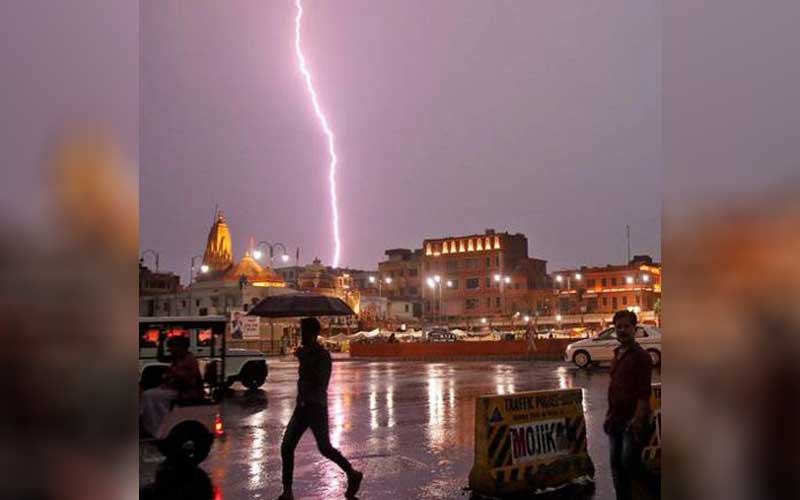 11 people have died and several others are feared injured near Amer Palace in Jaipur. The incident took place while they were out taking selfies at a watch tower amidst rain An eye witness said lightning struck twice near the fort between 6.30pm and 7pm. State disaster response force teams took quick action and rushed the injured to the hospital.

According to reports, twenty seven people were present on the watch tower when the event happened. Number of them have sustained injuries as they jumped off the tower in panic. An ex gratia amount of 5 Lakh has been announced by Chief Minister Ashok Gehlot to the family of the deceased.

Apart from the incident at Amer Palace, nine more casualties by lightning have been reported from other areas across the state including- One death each in Baran and Jhalawar, four deaths in Kota and three in Dholpur districts. Seven of those killed were children.

Prime Minister Narendra Modi expressed his condolences over the deaths. "Many people have lost their lives due to lightning in some areas of Rajasthan. Deeply saddened by the demise of people. I express my deepest condolences to the families of those killed: PM @narendramodi," Prime Minister's Office (PMO) said in a tweet.

Every year, lightning claims hundreds of lives in North India. According to a report based on death caused by natural accidents in India, a total of 2,876 lightning deaths, there were 2876 lightning deaths in 2019. Bihar (400), Madhya Pradesh (400), Jharkhand (334) and Uttar Pradesh(321) were the states with the highest share of lightning casualties.

In similar news, the India Meteorological Department has predicted heavy rainfall in the country's northern region on Monday morning.