Lexicographer, Kannada writer and critic Prof Venkatasubbiah passed away at 107 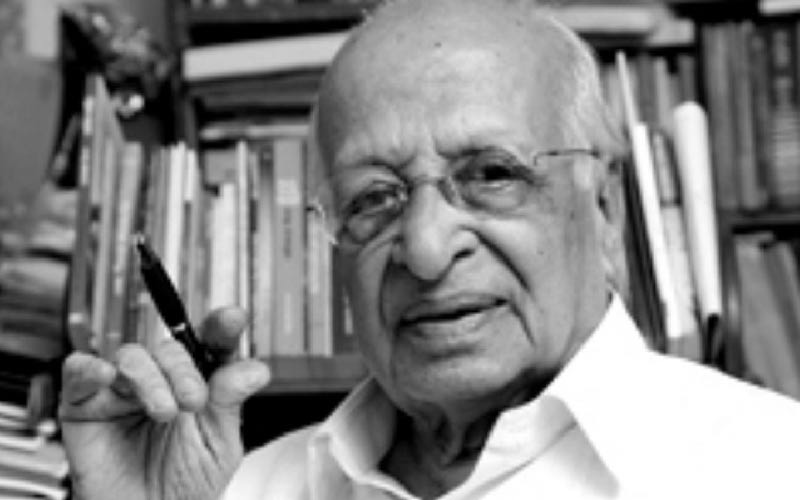 Venkatasubbiah is a leading figure in the Indian literary scene, having compiled 12 dictionaries, edited over 60 books, and produced various seminal works on dictionary science in Kannada. His dictionaries include Kannada words, idioms, and information on dialect use and history.

He became well-known for his famous column Igo Kannada (This is Kannada) in a Kannada daily, in which he discussed the complexities of the language, its idioms, and phrases. Because of the column's popularity and demand, Igo Kannada was published as a book.

Venkatasubbiah, a nationalist, was also enthralled by the freedom struggle. In 1927, he had the opportunity to meet Mahatma Gandhi, who was on a donation drive to support the freedom movement.

Venkatasubbiah, a 14-year-old scout, was tasked with organising Gandhi's stay in Madhugiri. Remembering the instance on Mahatma Gandhi's 149th birth anniversary in 2018, the grammarian said he was enthralled to see the massive turnout of people in Madhugiri to see the Mahatma.

"Mahatma Gandhi gave a ten-minute speech in Hindi in front of Kannada people who did not speak Hindi. They were all peasants. They were socially disadvantaged and impoverished. The majority of them were women. People who understood Gandhi's speech, on the other hand, gave generously and engaged in India's freedom struggle "The professor had recalled.

Venkatasubbiah was also the president of the Lexicographical Association of India for 17 years. He also presided over the 77th Akhila Bharata Kannada Sahitya Sammelana in Bengaluru in 2011.

G Venkatasubbiah, a celebrated critic, received numerous honours for his contributions to literature, including the Padma Shri, Kannada Sahitya Akademi Award, and Pampa Award, amongst others.

G Venkatasubbiah was born on August 23rd, 1913. G Venkatasubbiah presided over the publication of Srikanthayana, a compilation of essays and articles on various subjects including Indology, history, and archaeology by his teacher S Srikanta Sastri, at the age of 92.