“Tremendous Concerns for India arise out of US & NATO pull out of Afghanistan”: Experts

In light of US President Joe Biden’s announcement withdrawing all American troops from Afghanistan by 11 September, 2021 ending the country's longest war, Experts say it will have major repercussions for India

Post US announcement, the North Atlantic Treaty Organisation (NATO) said it will also pull out its troops from Afghanistan 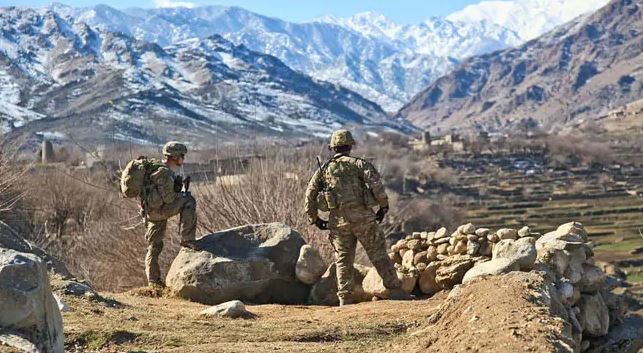 Since the US-led invasion after the 9/11 attacks, about 2,400 US soldiers have been killed in Afghanistan

After the complete withdrawal of the US and NATO troops from Afghanistan by 11th September 2021, India will face tremendous repercussions due on the resurgence of the Taliban and Afghanistan being used as a safe haven for terrorists, according to experts.

US President has announced that all American troops would be withdrawn from Afghanistan by 11th September this year to end the country's longest war. The North Atlantic Treaty Organisation (NATO) also said it will also pull out all its troops from Afghanistan.

Many experts said India will view the complete withdrawal of troops from Afghanistan with tremendous concern and the role of the Taliban terrorists after the pull out of US and NATO forces from the war-torn country.

One US based expert said, "Regional countries, especially India, will have tremendous concerns about the US pullout from Afghanistan and the likelihood of a Taliban resurgence in the country. When the Taliban controlled Afghanistan in the late 1990s, they welcomed militants and terrorists of all stripes to train, recruit, and fundraise from Afghanistan.”

The US based expert further added, “Many of those terrorists, including the Lashkar-e-Taiba (LeT) and Jaish-e-Mohammad (JeM), trained for operations in India, such as the 2001 attack on the Indian Parliament."

This US based expert predicted that "Indian officials also remember the close cooperation between the Taliban and terrorists who in December 1999 hijacked an Indian airliner. India may seek to use its role in regional efforts to bring peace and stability to Afghanistan, like the recent UN effort, to press its goal of ensuring Afghan territory cannot be used by anti-India terrorists."

"India will worry about Taliban controlled territory being a safe haven for terrorists again," said another Expert on Afghanistan. “The real question now is whether after withdrawing its troops, the US will continue to help the government in Kabul and will the Afghan people be able to keep the Taliban at bay,” the expert added.

"India and Pakistan do not have the luxury of distance that the US has and will remain involved in Afghanistan. Pakistan is too deeply tied to the Taliban to stop supporting them now though it should be concerned about the adverse impact Taliban ideology would further have on Pakistan," he said.

India has time and again voiced grave concern over the volatile situation in Afghanistan. "Violence and bloodshed are daily realities and the conflict itself has shown little sign of abatement, whatever may be the promises," External Affairs Minister S Jaishankar said at the Ministerial Conference of Heart of Asia - Istanbul Process on Afghanistan in Dushanbe.

"For a durable peace in Afghanistan, what we need is a ‘genuine double peace’, that is, peace within Afghanistan and peace around Afghanistan. It requires harmonising the interests of all, both within and around that country," Jaishamkar added. He also said that India welcomes any move towards a genuine political settlement and a comprehensive and permanent ceasefire in Afghanistan.

The US and the Taliban signed a landmark deal in Doha on 29th February, 2020 to bring lasting peace in war-torn Afghanistan and allow US troops to return home from America's longest war.

Since the US-led invasion after the 9/11 attacks, about 2,400 US soldiers have been killed in Afghanistan.