The FM also called Rahul Gandhi a “doomsday man for India”, today, saying he was becoming so for "creating fake narratives" on various issues while hitting at his hum do hamare do jibe 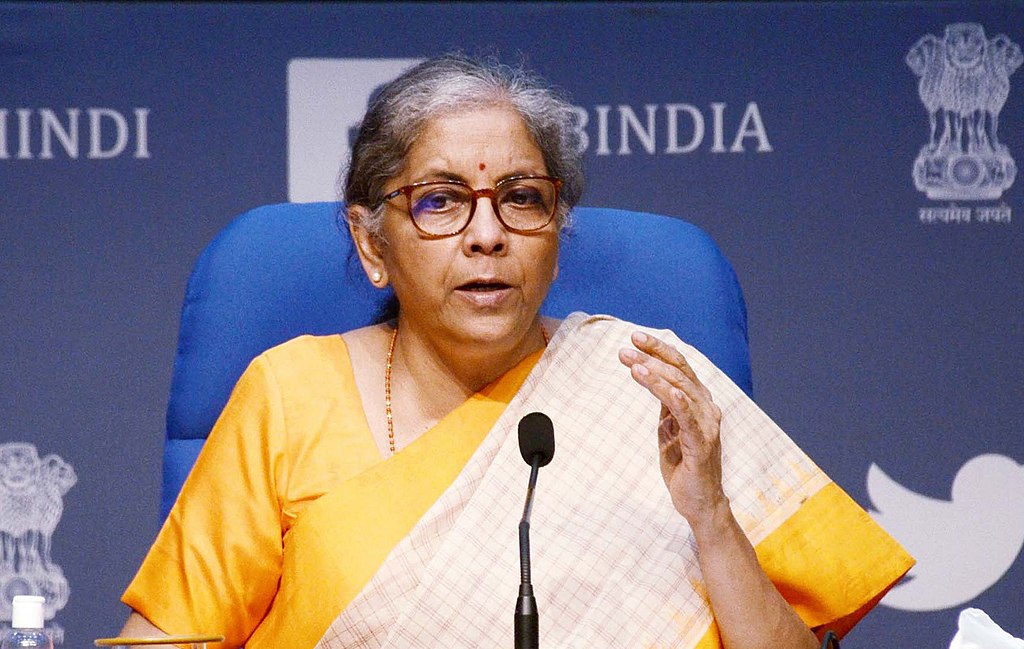 India is a land of stories; often hilarious stories, jibes notwithstanding! So, we have comedy shows and comedy films earning the highest profits in the country. For some years the main political bandwagon have joined the crew, offering the audiences some entertainment almost on a daily basis, amid sad, uncertain, corona times.

The latest is “Return land taken by Damaad ji” hurled by the Finance Minister Ms. Sitharaman today at the Parliament House while she was making her speech, hitting out at the Congress leader Rahul Gandhi on his jibe on the Prime Minister Mr. Modi saying his main job is taking care of "Hum do Hamare Do” (We two and our two). He obliquely referred to hum do as Mr. Modi and Home Minister Mr. Amit Shah and hamare do to Mr. Ambani and Adani who are apparently being favoured by the current government on every possible big deal.

He had said that only four people are running the country and everyone knows which four, on Thursday.

Before we make a move, let’s recall the Hum Do Hamare Do was a family planning slogan given the Congress government led by Indira Gandhi in the year 1952, which became the world’s first such slogan for family planning to help control population. It was an appeal to the people of India to have only two children in order to rear them better with education and prosperity. The image on the slogan was also of a mother, a father, a daughter and a son. The slogan worked to the hilt and it almost became a norm in India to have only two children to complete a prosperous family. Taking a cue from that Haryana Home Minister Anil Vij also took a jibe at Rahul Gandhi yesterday saying it seems he doesn’t remember this slogan was given by his grandmother only!

Damaad ji, means son-in-law. Referring to Robert Vadra, (Priyanka Gandhi’s husband) Ms. Sitharaman said, she expected “Rahul Gandhi to return the land which Damaad-ji had taken from farmers at pittance". Interestingly, the FM, much to the audiences’’ delight and giggle inside the Parliament House, made a hand gesture of a “foundation” and “U-turn” in quite a rhythmic way, adding some fun into her speech, seemingly oblivious of the amusement she triggered. Her adorable Hindi accent coming from a south Indian tongue added to the fun.

She was replying to the general discussion on Budget in Lok Sabha. She asked, "I wanted to know from the Congress why it took a U-turn on the farm laws but no reply came," adding that Rahul Gandhi laid the "foundation" but did not speak about the Budget during the discussion on it.

Additionally, she called Rahul Gandhi a “doomsday man for India”, saying he was becoming so for "creating fake narratives" on various issues and insulting constitutional functionaries. She was responding to Rahul Gandhi’s speech on Thursday during which he talked about farm laws but declined to speak on the Budget.

Ms. Sitharaman said she wanted Rahul Gandhi to speak on 10 issues but was disappointed as the Congress leader made no mention of them adding that he did not tell the House why Congress governments in Rajasthan, Madhya Pradesh and Chhattisgarh did not waive farm loans promised in their manifesto? She also hit out at him saying he did not talk about the farmers issue in Punjab where Congress is in power and the steps being taken by the government with regard to stubble burning.

“Rahul Gandhi also did not refer to any clause in three farm bills which was against the farmers”, she said, recalling former economist and the Prime Minister from the Congress Mr. Manmohan Singh saying, Rahul Gandhi did not say anything about the statement of Mr. Singh who had advocated reform of the Agriculture Produce Marketing Committee – APMC, as it is only concerned about Hum Do Hamare Do.

Amid allegations, counter allegations from the two parties, general people are awaiting for some more funny statements from the political leaders, lest they become serious about people of India who choose them to their coveted positions they enjoy post every elections.