Lawyers for the Anjuman Inazaniya Masajid Committee prevented the commission from going inside the mosque.

Police officers intervened and pacified the atmosphere. Closely checked the situation with videography in the mosque premises for about four hours. 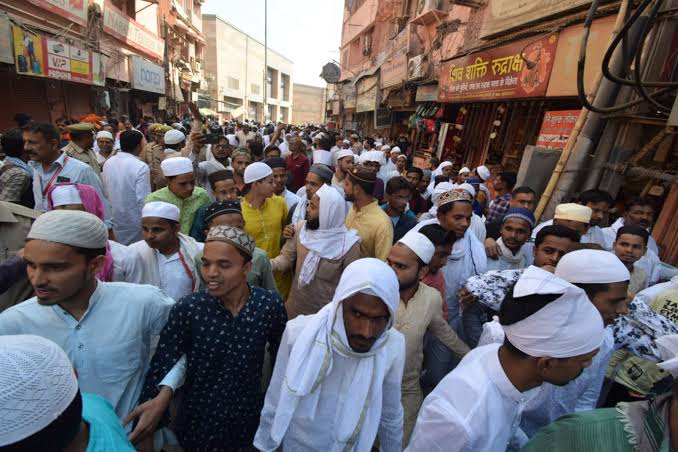 Advocate Commissioner Ajay Kumar Mishra started the survey in Gyanvapi premises in the presence of the parties at around 3 pm on Friday afternoon amid heavy commotion and security. During this, the lawyers for the Anjuman Inazaniya Masajid Committee stopped the commission from going inside the mosque. Due to this, there was a debate between the plaintiff and the opposition for about an hour.

The commission proceedings will continue on Saturday as well. After this, after preparing the report of the survey, the Advocate Commissioner will present it in the court for hearing on May 10.

For the survey of Gyanvapi Masjid adjacent to Kashi Vishwanath temple, the team reached Gyanvapi premises at around 3.10 pm. Before the arrival of the team, there was ruckus and sloganeering on the road. After the sloganeering from one side, sloganeering started from the other side as well. The police somehow explained to the people on both sides and drove them from the road to the streets. During the entry of the committee's advocates into the temple, about 50 people gathered from the Muslim community started shouting slogans.