After about three and a half years, Kapil Mishra, who made false allegations, had tendered an unconditional apology in this case. Satyendra Jain withdrew the defamation suit in Rouse Avenue Court after Kapil Mishra apologised. After mutual agreement between the two, the court had ended this case. 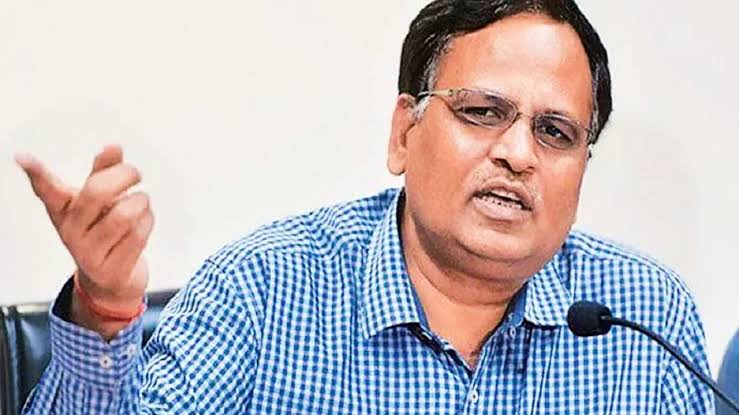 Delhi Lokayukta has imposed a fine of Rs 50,000 on the complainant and lawyer Neeraj for not finding any evidence in the bribery case against senior Aam Aadmi Party leader Satyendar Jain. At the same time, the Delhi Lokayukta has ordered the complainant that if the fine of Rs 50,000 is not deposited by the next date, then his right to submit evidence in this case will be lost. Significantly, after rebelling against AAP, Kapil Mishra had initially raised many false questions on the culture of the party. Then he had also alleged that Satyendar Jain had given a bribe of Rs 2 crore to Delhi Chief Minister Arvind Kejriwal, after which Satyendar Jain had filed a defamation case in the court in May 2017.

However, after Kapil Mishra's false allegations, advocate Neeraj Kumar filed a complaint with the Lokayukta, demanding an inquiry by the Lokayukta into the allegations against Satendra Jain. From the year 2018 till now, the complainant has failed to present any evidence in the court.

Satyendra Jain's lawyer Amit Anand Tiwari had said in the court that the complainant is misusing this platform for his political gains. The case is being escalated for the purpose of keeping the agenda and the complaint pending only.