Lathi charge on BJP workers in Bengal: Barricades erected, water cannons fired, Shubhendu in custody to prevent them from going to secretariat march 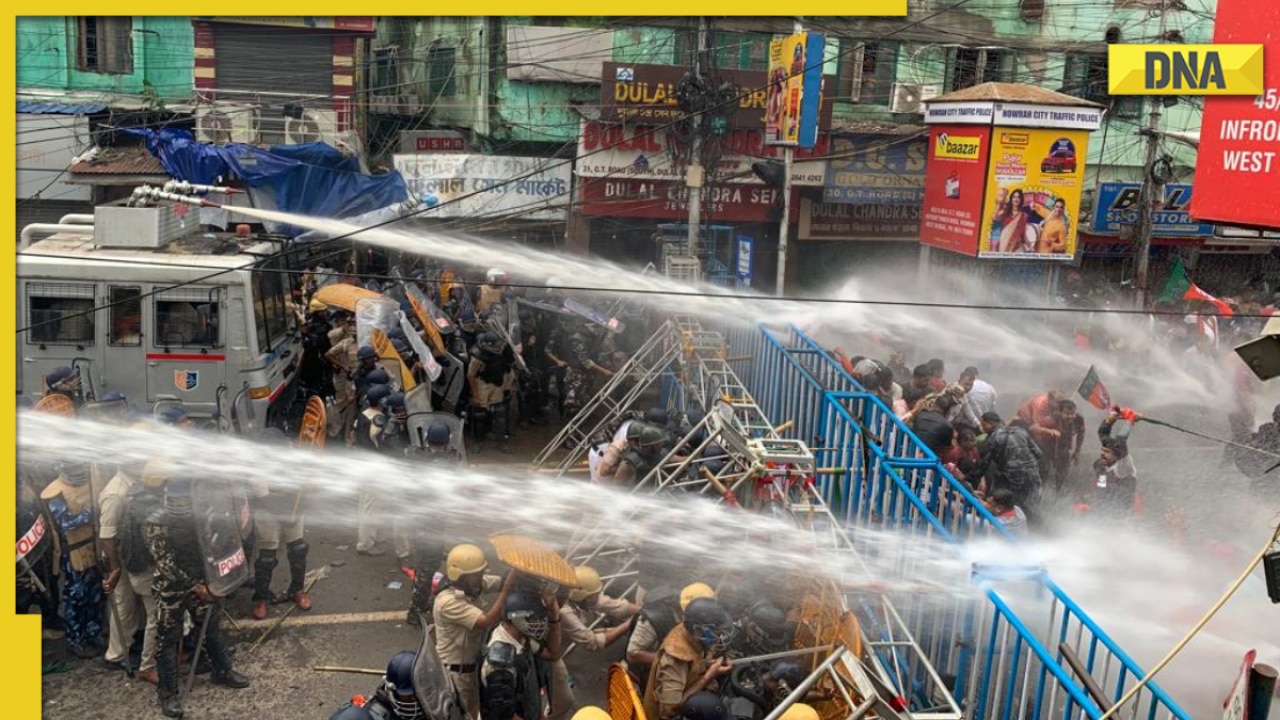 On Tuesday, the BJP took out a march against the Mamta government in Kolkata. This was named the Secretariat March ('Nabanna March'). The police did not allow BJP workers to reach the secretariat and stopped them midway. During this, the police used water cannon.

Several BJP leaders and workers, including BJP leader Shubhendu Adhikari, and Locket Chatterjee, have been detained. Lathi's charge was also used to control the crowd. BJP alleges that the Mamta government is immersed in corruption. This march is against that.

BJP leader Adhikari said, "People of Bengal are not with Mamata Banerjee, so she is doing dictatorship like North Korea in Bengal." Dilip Ghosh has accused the Bengal Police of acting like Trinamool workers.

The BJP had planned a three-way siege of the secretariat. Sukanto Majumdar from Howrah railway station, Shubhendu Adhikari from Santragachi, and Dilip Ghosh from Squad were supposed to go to the secretariat, but all three were stopped by the police. The Bengal Police had deployed special forces to stop the leaders.