After the murder, the accused destroyed the evidence. Two accused have confessed to the crime. A case has been registered under sections 302, 306 and POCSO. 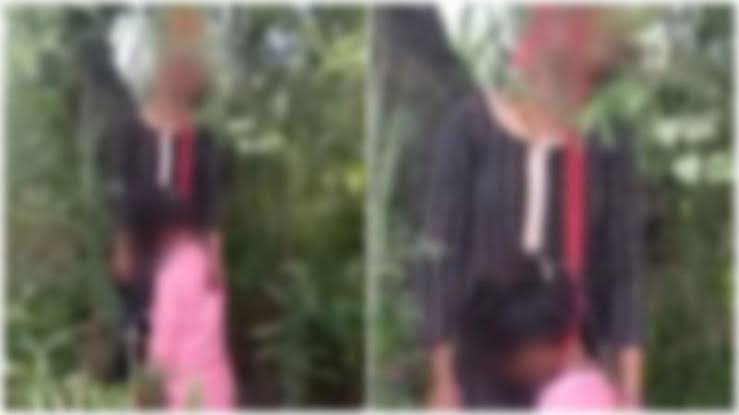 Important information has been received from police sources regarding the postmortem report in the entire case of hanging of the dead body of two minor real sisters in Lakhimpur-Kheeri, Uttar Pradesh. Sources say that in the postmortem report, there has been talk of rape, strangulation and hanging. Earlier, by holding a press conference, the police claimed that girls were first befriended, then raped and murdered.

All the 6 people involved in this case have been taken into custody. All the accused are residents of Lalpur village. According to the police – the girls were murdered by strangulation. After the murder, the accused destroyed the evidence. Two accused have confessed to the crime. A case has been registered under sections 302, 306 and POCSO.

The mother of the girls says that three unidentified boys, along with a boy from the village, whom I can recognize when I come in front of me, who suddenly came to my house and entered the house, pounced on my daughters and started scuffling and lifting both the daughters and On stopping me, one stopped me and kicked me down. His companions took both the daughters forcibly on a motorcycle and took them to the north in the fields outside the village. After searching for a long time, the bodies were found hanging from the tree. The family alleges that after raping both the minor girls, they were murdered and hanged from the branch of a tree, tied to the gallows.

The UP Police had registered an FIR in this case after a written complaint by the mother of the minor sisters. After this incident yesterday, the family members of the victim had also created a ruckus, accusing the police of taking the dead body forcibly. During this there was also a fierce clash between the police and the villagers. Angry villagers also blocked the road. During this, the villagers also had an argument with the SP Sanjeev Suman of Lakhimpur Kheri, who reached the spot.