Along with this, the Supreme Court has also ordered to leave Uttar Pradesh within a week and surrender the passport. A bench of Justice Suryakant and Justice JK Maheshwari has given this order. On January 19, the Supreme Court bench had reserved its order on the interim bail application of Ashish Mishra. 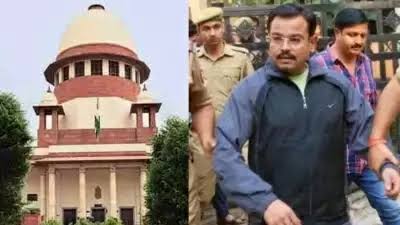 The Supreme Court has also granted interim bail to four farmers locked in another case related to this. In this case, there is an allegation of lynching after the incident. Taking suo moto cognizance, the court has given interim bail for 8 weeks in this case also. On October 3, 2021, violence broke out after eight people died in Tikunia in Lakhimpur Kheri district. This incident took place when the farmers were protesting against the visit of Keshav Prasad Maurya, the then Deputy Chief Minister of Uttar Pradesh. According to the Uttar Pradesh Police's FIR, an SUV ran over four farmers, in which Ashish Mishra was sitting. Following the incident, the driver of the SUV and two BJP workers were allegedly beaten to death by angry farmers. A journalist also died in the violence.