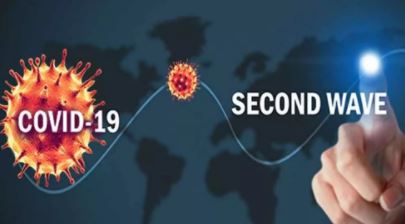 In an interview one of the world’s most highly respected experts on global health – the Dean of Brown University’s School of Public Health – Dr Ashish Jha has squarely put the onus of the present Covid-19 crisis (the second wave) on Modi Government’s refusal to accept advice from its own scientists as well as refuting to be guided by indisputable data collated and presented well in advance to the second wave.

Dr Jha said, “failure to respond to data is very concerning”. He said it must be explained by “the people in power”. He said India owes “an explanation” by the present set of people who run the government. Dr Jha said in the interview that by early or, latest, middle March it was clear from the data that India was heading toward trouble and yet the government failed to respond “in any serious way”.

Instead of taking conclusive action based on INSACOG scientists (domestic governmental body) predictions who were expressing “high concern” about how new and contagious variants could cause exponential rise in cases in the country – this was in early March – the Health Minister dumbly March 7 claimed India was in the “endgame” of the fight against the virus. Earlier, in February 2021, a BJP resolution claimed India had “defeated” COVID-19. If that was not all, in January, at the World Economic Forum, the Prime Minister boasted India had succeeded in “containing corona effectively”.

Such is the inaptitude of those in the government, and their disdain for anything which is based on facts and science.

Secondly, Dr Ashish Jha also said that the Kumbh Mela Shahi Snans which saw more than 91 lakhs people taking a symbolic customary dip in the Ganges together with no distancing norms and without any Covid preventive actions like PPEs, gloves, Masks, Sanitizers, etc would be the biggest super-spreader event in the history of this Pandemic.

BJP in its bid to appease the Hindus did not reduce, curtail or call-off the Kumbh in Uttrakhand this year. Knowing pretty well that such acts can eat away into their votes and which comes in the way of their professed Hindutva image they did not think about the health (and death) of common citizens of the country. Last year Muslims in general and Tablighi Jamaat in particular which had all legal documents and less than 10 thousand participants were demonised both by the Modi Government and the Kejriwal Government.

The Tablighi Jamaatis were hounded even when they reached their respective destinations and were much maligned for their role – and these were early days when no one knew how it spreads, how lethal are its repercussions and how to stop it from further spreading – infact even the virus was yet to be fully understood. The mainstream media which gets patronage by central government in form of government advertisements and which further works on the agenda set in by them – were quick to make these hapless pious people into a set of scoundrels and viral mongers.

If that was not all many daily bread winners who hailed from the minority community and used to sell fruits, vegetables, fix tyre punctures, milk sellers et al in Hindu dominated localities were beaten, embarrassed and barred from entry into such places again. But the majority appeasing BJP seems had an agendas and was reaping as much benefits from such malicious actions.

Third important note that Dr Jha brought to the notice is that the number of total cases in the country seems to be plateauing. But what could have been “good news” ceased to be – since he pointed out that the level that the cases are plateauing at are extremely high – in the range of around 3.5 lakh daily cases – the highest anywhere in the world.

The causes of this plateauing could be because testing is not happening as widely and consistently as it needs to happen, so this can be false good news as well. It could also be an outcome of testing levels dipping.

These high numbers also means that the Healthcare system across the country would be under too high a pressure for too long and which will mean that it will be at its break-point anytime. Dr Jha also said that officially the daily increase in cases was 414,182 (as per May 6), but he believes that in all likelihood of the number of cases being in between 15-20 lakhs a day if we include the undetected infections – which will eventually impact the country with worryingly high level of serious illnesses and deaths.

Dr Jha also pointed out the some pundits are assuming that because the cases rose sharply they will also decline equally dramatically and he feels that this may not be correct. He fears cases may only slowly meander down. In that event it could entail a period of prolonged suffering. In fact, he showed he is extremely worried to what happens in India in the next month or six weeks.

Fourth point that Dr Jha shared is that the Principal Scientific Advisor K. Vijay Raghavan’s warning that a third wave is inevitable, to this Dr Jha said “It’s really good to see acceptance (from the government) India is not unique”. India’s earlier refusal to accept there would be a second wave was, it seems, predicated on the assumption India, unlike any other country, had defeated the virus.

But Jha went on to say that India could avoid a third wave if only it steps up vaccination. To do so, India would need to vaccinate a further 500 million people on top of the 160 million it has already vaccinated with one jab. Even one would do. He also was of the opinion that India can follow British practice and increase the gap between both doses from the present 6-8 weeks to 10-12 weeks.