Kumbh Mela: AI-equipped cameras to zoom in on those without masks

According to officials, over 350 CCTV cameras have been mounted at various locations throughout the mela region, with approximately 100 of these fitted with sensors that generate an alarm when the camera captures an image of a person who is not wearing a mask. 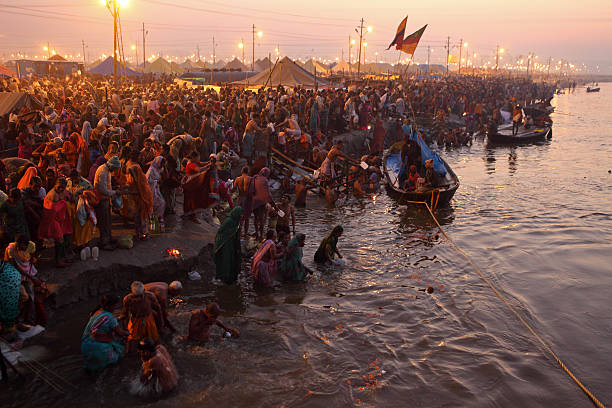 With thousands flocking to Haridwar for the Kumbh Mela amid a spike in Covid cases, the Uttarakhand Police is using Artificial Intelligence (AI) to zoom in on those who aren't wearing masks.

According to officials, over 350 CCTV cameras have been mounted at various locations throughout the mela region, with approximately 100 of these fitted with sensors that generate an alarm when the camera captures an image of a person who is not wearing a mask. The AI-equipped cameras, which were deployed for the first time at the Kumbh Mela in Haridwar, also generate a warning when crowd density increases at sites marked as vulnerable to stampede — Har-ki-Pauri, Subhash ghat, Brahmakund, and Malviya Dweep. The cameras are often used to keep track of cars in parking lots and to identify items that have been left unattended for more than 10 minutes.

On March 12, 2021, devotees performed Aarti at Har Ki Paudi in Haridwar, Uttrakhand, as part of the Mahakumbh. If one of the cameras detects someone who is not wearing a mask, it sends a warning to staff stationed at the police surveillance control room in Mela Bhawan near Har Ki Pauri, who inform the nearest compliance teams of the violator's location. Aside from a free mask, the person is subjected to punishment in accordance with the laws.

Officials reported that 278 of the 350 cameras are fixed and 22 are pan-tilt-zoom. Ten cameras have been mounted at entry points for automatic vehicle number plate recognition.

Sanjay Gunjyal, the IG of the Kumbh Mela, said that monitoring of mela areas with AI-enabled cameras has been successful this Covid season.

On April 2, for example, over 1,500 people were given challans for not wearing a mask, with about 350 of them captured on camera in just four hours. Two unattended bags were also discovered by the cameras.

“When a vulnerable site is crowded beyond 75% of its capacity, the control room receives a warning, and entry to these sites is immediately halted,” said Mukesh Thakur, Additional SP in charge of the Police Surveillance Control Room at Kumbh.

“During the first shahi snan on March 11, a trial of these cameras equipped with AI capabilities was conducted. It will now be used during the duration of the Kumbh Mela,” he explained.

The Kumbh Mela attracts over three lakh devotees on a daily basis at the various ghats in Haridwar, but that number is expected to increase during the shahi snans on April 12, 14, and 27. Moreover, on the occasion of Mahashivaratri on March 11, approximately 32 lakh devotees flocked to Haridwar for the first shahi snan.