SRK and Gauri Khan’s son was arrested by the NCB on Sunday in a cruise party drugs case. 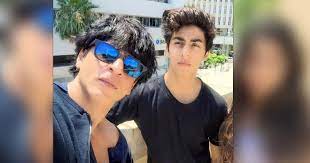 A social media celebrity Kamal R Khan aka KRK dropped a new video on YouTube where he raised eyebrows over SRK’s son Aryan Khan’s arrest in the cruise party drugs case. KRK tells the charges under which Aryan Khan has been arrested when no drugs were recovered from the star why this type of scrutiny he is made subject to.