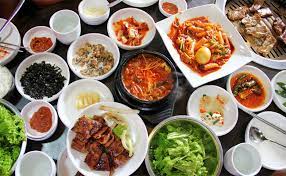 Police have busted an illegally running Korean restaurant in the Chai-3 sector of the Thana Beta-2 area in Noida, Gautam Budh Nagar. From here the police arrested two people including the owner. The police have reportedly recovered a huge quantity of liquor and some objectionable items from the spot. A police officer said that on the basis of the information, late at night, the police raided a restaurant located in the Chai-3 sector. Korean people were running this restaurant running under the name of Ku-House illegally.

Sources revealed that the police arrested two people including the owner of the hotel the spot, who are being questioned. The officer said that the police have recovered a huge quantity of liquor and other objectionable items from the spot. During the investigation, the police have come to know that some suspected Chinese nationals also used to visit the said restaurant. In another case, the police station Jewar arrested a youth who was selling liquor illegally. Another police officer said that the name of the arrested accused is Kalua. Police have recovered 96 Pava Liquor from him.

In June last, the police busted an illegal luxury bar in Noida, which was allegedly operated undercover and mainly for Chinese nationals living in India. This information was given by the officials on Thursday. A senior official said that the three-story building located in Gharbara village was traced on Tuesday night. The official said that its interiors were designed in traditional Chinese style. According to the official, this action comes after the arrest of a Chinese national who was living in India illegally since 2020.