According to the officer, Debanjan Deb, who lied to his family about being an IAS official, may have used the money to organise phoney Covid-19 vaccination programmes, pay his workers' salaries, and rent his office. 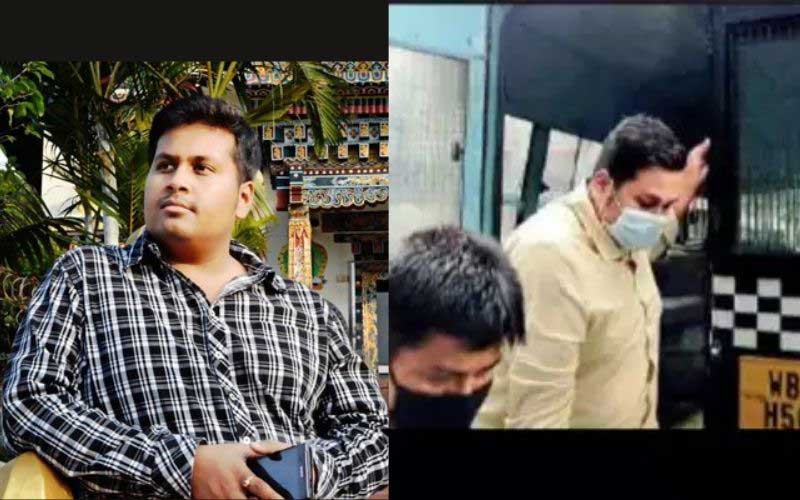 For the last four months, Debanjan Deb, an arrested fake IAS officer, has been trying to impersonate as a joint commissioner of the Kolkata Municipal Corporation (KMC) and has defrauded a number of people out of several lakhs of rupees under the guise of assisting them in obtaining tenders from the civic body, as per an initial investigation by a Kolkata Police officer.

According to the officer, Deb, who misled his family about being an IAS official, may have used the money to organise phoney Covid-19 vaccination programmes, pay his workers' salaries, and rent his office.

While engaging in different programmes organised for social purposes, the 28-year-old man came into touch with numerous police officers and political figures, as per the IPS officer, who added that four persons were summoned for interrogation as part of the inquiry.

"Deb aspired to be an IAS officer however failed the UPSC exams. He told his father and family in 2018 that he had cleared the exams and was now an IAS official," he stated.

Deb revealed to interrogators that he launched a business last year selling hand sanitiser, masks, and PPE kits and made a "decent profit," although he did not identify himself as a KMC joint commissioner at the time.

"However, when individuals approached him for assistance with Covid-19-related issues, Deb offered them formal support and began travelling about presenting himself as a joint commissioner of the KMC. He was caught in his own web" explained the officer.

According to the officer, he rented an office in the Kasba neighbourhood of the city, hired a car, and recruited guys.

During this time, he interacted with a handful of KMC contractors and subcontractors, reportedly defrauding two people.

One of them submitted a police report saying that Mr Deb had stolen ten lakh from him in exchange for a KMC tender.

Further, another individual informed Kolkata Police sleuths, alleging that Deb took ₹90 lakh from him, of which ₹36 lakh was moved to a bank account, in exchange for a KMC tender to build a stadium, the police officer said.

"He might have used the money to run these camps, as well as pay the salaries of the employees he had hired and rent for the office," the IPS officer speculated.

Although, he noted that the investigation is still in its early stages.

"Deb informed us that there isn't much money left in the accounts. Our anti-bank fraud officers are checking his PAN card information to see whether he has any other bank accounts. We've also requested that the banks give data on all of his transactions through these accounts "he stated

Deb is alleged to have organised a "khichri" distribution camp in Behala with the aid of a local club, and the police have begun to investigate this claim. Pads with bogus KMC and West Bengal government insignia were among the goods confiscated from Deb's office.

"We discovered many letters addressed by him to secretaries of several departments in his office. He seemed to have written them in order to sway people's opinions, but he never sent them out. We're checking with the appropriate people about the situation "According to the officer,

The Kolkata Police formed a Special Investigation Team (SIT) on Friday to look into the bogus vaccination programme.

Thousands of individuals were thought to have been vaccinated at Deb's two camps in the city.

Deb was detained on Wednesday for allegedly impersonating an IAS officer and organising a COVID-19 vaccination clinic in Kasba, where actress and Trinamool Congress MP Mimi Chakraborty had also received her vaccine.

Moreover, Chakraborty, who was invited to the camp, said she grew sceptical of the vaccination procedure after not receiving the normal SMS that is issued to individuals after they are given dosage, and she reported it to the police.

"72 individuals were vaccinated at the camp, which was hosted at a college. We're attempting to figure out how many people in Kasba were vaccinated, "explained the officer. Deb said he had Covishield labels made somewhere in the city's Sealdah district.

Fake labels were discovered on numerous vials of an antibiotic injection that was used to treat a variety of bacterial illnesses.