Kohli-Surya got emotional in India-Netherlands match: Surya's half-century completed on the last ball of the innings; Virat hugged him 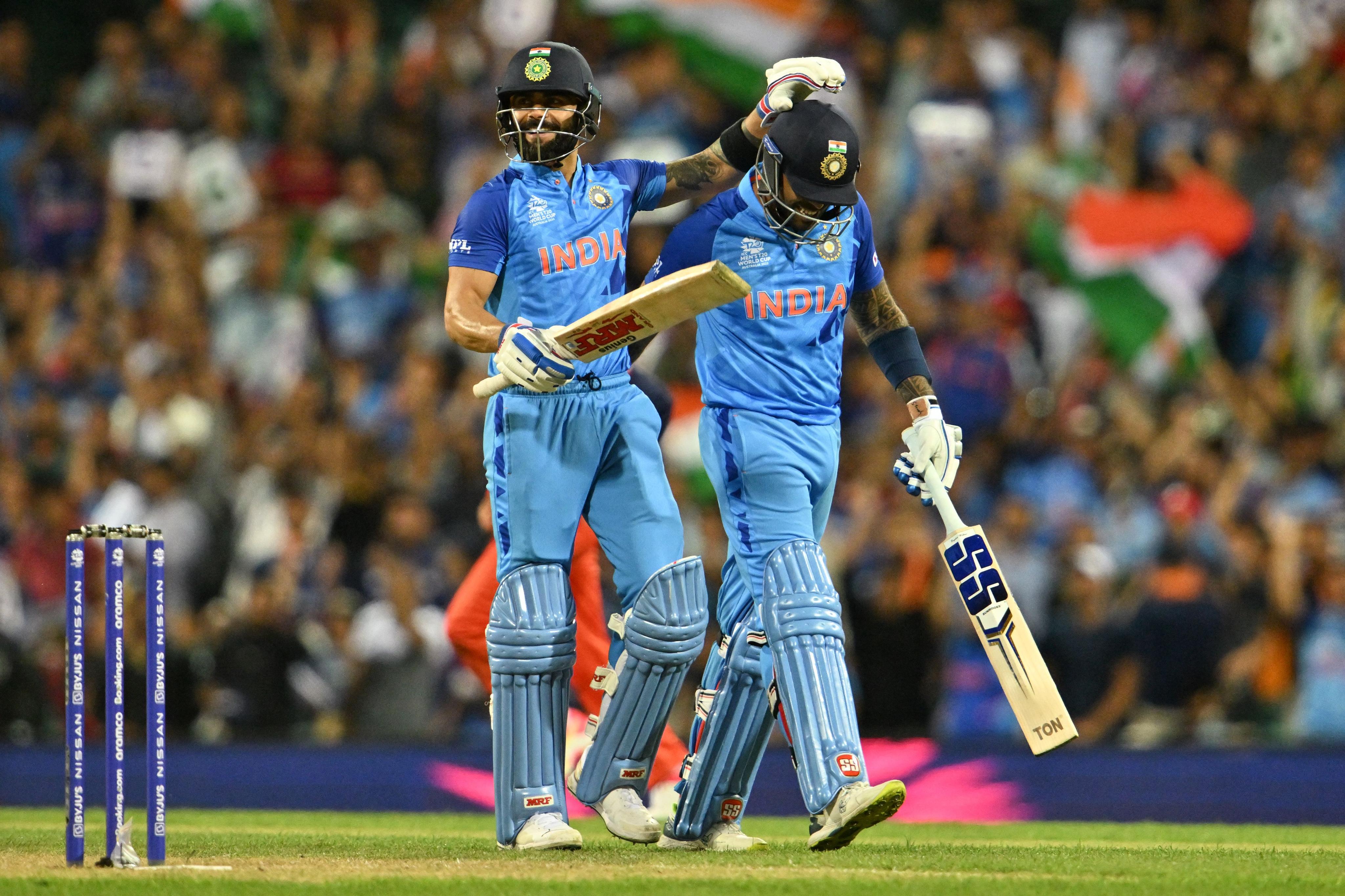 However, apart from winning and losing, there were some moments in this match, through which you would feel the personal and team bonding of Team India. There was one such occasion when Surya hit a six and completed a half-century. Kohli standing at the other end became emotional. He ran closer to Surya and hugged him.

By the end of the 19th over, Surya had scored 45 runs. Kohli was at the other end. Logan Van Beek of the Netherlands was the bowler. Kohli scored 1 run on the first ball of the last over. Now the strike was with Surya and he was only a few steps away from the half-century. Surya took 2 runs on the second ball of the over. On the third ball, Surya could only collect 1 run. Obviously, the strike has come to Kohli.

On the fourth ball of the last over, Beek bowled a full toss on the outside leg. Kohli plays the ball toward the square leg and the ball reaches straight into the stands. These six of Kohli caused a wave of happiness among Indian fans. Kohli took 1 run off the fifth ball. The last ball of the over and strike to Surya. There were still 5 runs left for Surya to complete his half-century. It was yorker length. Surya plays a pickup shot and the ball falls outside the square leg boundary. His half-century was also completed by these six.