This is Rahul Dravid's first overseas tour with Team India as head coach. This tour is considered very important for Dravid and the entire team. 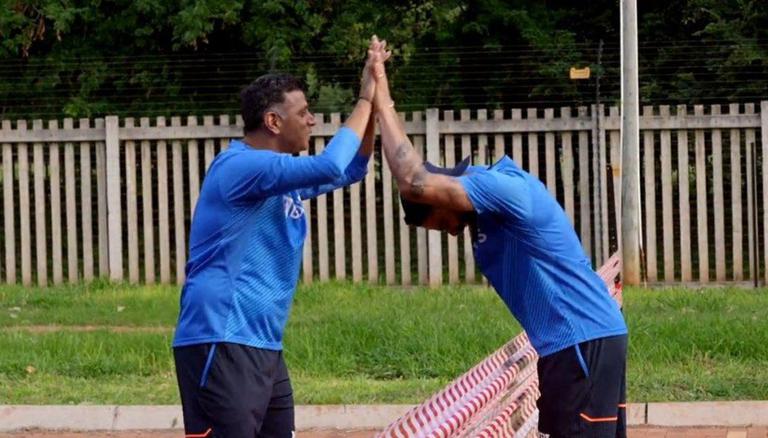 The Test series between India and South Africa is starting from 26 December. Team India seems to be sweating a lot before the start of the series. BCCI has shared a video of the team's practice session on Monday. In the video, Indian team coach Rahul Dravid is seen telling the entire team to push for good practice. After this, captain Virat Kohli is talking to Dravid about how to improve his batting.

At the same time, when Virat bats, the players of the team were also having fun with him. When Kohli releases the ball from the bouncer, the fellow players started shouting. Kohli is seen laughing at this.The audio can be heard clearly in the video.

Ishant Sharma, who was injured in the series against New Zealand, is seen bowling in a video shared by BCCI. This is good news for Team India. Ishant is the most experienced bowler in the team. If the Indian team has to win the Test series for the first time in South Africa, then the experience of this player is very important.

This is Rahul Dravid's first overseas tour with Team India as head coach. This tour is considered very important for Dravid and the entire team. Actually, the Indian team has not won any Test series on African soil till date. In such a situation, the tour will be very challenging for Rahul Dravid. This series is also being considered very important due to the ongoing captaincy dispute between Team India captain Virat Kohli and BCCI. Injured Rohit Sharma is out of this series.