The KKR young guns were then helped on by Dinesh Karthik who was absolutely ruthless in his 22 runs off 9 balls, finding the boundary on 2 occasion and hitting Bhuvneshwar for a six. 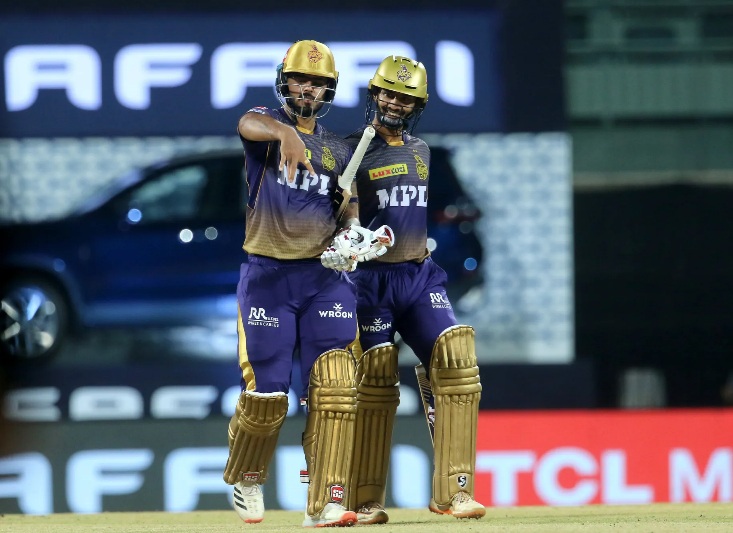 David Warner’s Sunrisers Hyderabad fell short in their match up against Kolkata Knight Riders and lost by 10 runs. While KKR managed a comfortable win over their opponents to register their 100th IPL win, which is a great way to begin their IPL 2021 campaign.

SRH bowlers could not draw advantage from winning the toss and fielding first, Knight Riders- Nitish Rana with 80 runs off 56 balls and Rahul Tripathi with 53 off 29 balls, put up great knocks to produce a total of 187/6. Bhuveshwar Kumar proved to be the most expensive bowler with an economy of 11.20. While Rashid Khan’s 2 for 24 was the only exception of good bowling from SRH. KKR’s batting lineup though not as star studded as the rest of the teams proved to be just as great with their young and unproven talent.

The KKR young guns were then helped on by Dinesh Karthik who was absolutely ruthless in his 22 runs off 9 balls, finding the boundary on 2 occasion and hitting Bhuvneshwar for a six.

SRH did not have a great start to begin with in the run chase, skipper David Warner along with Wriddhiman Saha got taken out pretty early on. It was only with the efforts of English batsmen Jonny Bairstow and Manish Pandey who built up a partnership of 92 runs to help SRH gain some ground in the match.

Bairstow got out after picking up some 55 runs off 40 balls, no other SRH batsmen really held their own after that to support Pandey. Even though he (Pandey) remained on the pitch managing to score 61 runs, KKR bowlers were already nudging away with the game. The bowlers slowed him down in the process, eventually sealing the game for KKR.